Like it did last year, Apple in February will host an internal activity challenge for its employees around the world, tasking them with closing all three Apple Watch Activity rings every day for the month (via WatchGeneration). 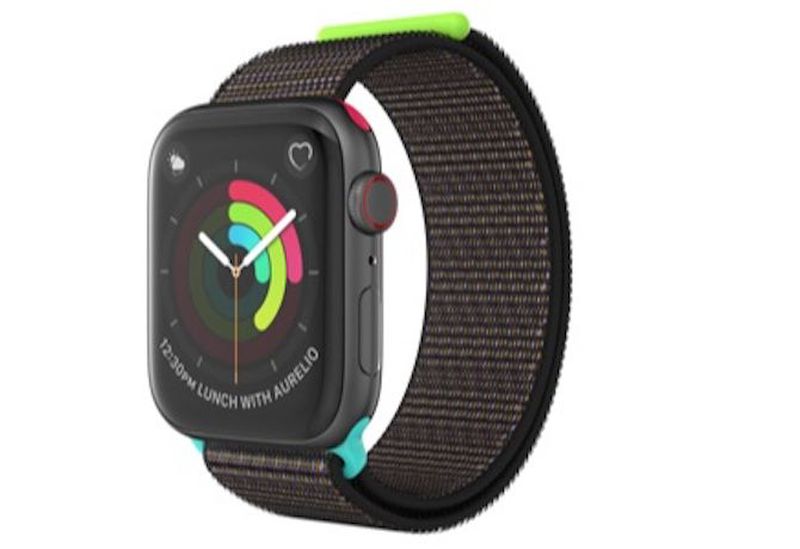 Those who complete this challenge will receive an exclusive Black Sport Loop, which has colored details on the plastic attachments that connect to the ‌Apple Watch‌ case, and on the end of the velcro band. The blue, red, and green colors on the band represent the Stand, Move, and Workout Activity rings on ‌Apple Watch‌.

Last year, employees received a Woven Nylon band as a reward for the February challenge, which had a hint of the Activity ring's blue/green/red color scheme on the band fastener. In total, the 2019 challenge is the third one that Apple has offered its employees, beginning in 2017 with pins and t-shirts offered as rewards for employees who closed all three Activity rings every day in February.

The company has hosted other Apple Watch-related challenges as well, including a mindfulness-related event that tasked employees with meditating for a specific amount of time per day for 25 days. Those who met the goal received a T-shirt that displayed the Breathe app's blue and green logo.

ricktat
Don’t worry.. They will all end up on eBay just like last year
Rating: 8 Votes

What’s the point of this challenge?


Fun,sport,something to do,comradeship, surely you’ve heard of at least one of those.
Rating: 7 Votes

CreepyAF
Personally, I think it looks cheap. They accentuated the cheap parts of the band which are the plastic bits
Rating: 4 Votes

Fun,sport,something to do,comradeship, surely you’ve heard of at least one of those.


All this, plus encouraging greater employee engagement with the product.

As to whether you can game this... While Move and Activity rings are adjustable, Stand is not. Personally, I find Stand to be the most challenging. If I get too deeply enmeshed in a task I can miss the tap that reminds me it's again time to stand.
Rating: 2 Votes

vicviper789
I bet the challenge will be something like: “Ok guys look around the campus for more iPhone SE’s to sell!”
Rating: 2 Votes

I want this loop!

Don’t worry.. They will all end up on eBay just like last year

Do you know how much they sold for?
It’s funny how people want something so badly just because they can’t get it. The band looks pretty commonplace.
Rating: 1 Votes

so essentially, get an apple watch employees (if not already), close all rings every day for 28 days and we'll give you an ugly looking $50 band as a reward!


Good thing you don’t work for Apple. So you really don’t even have to concern yourself about it.
Rating: 1 Votes
[ Read All Comments ]