Apple and Qualcomm are embroiled in a bitter legal battle over licensing and royalty fees that's lasted for two years now and has led to the breakdown of the relationship between the two companies, but there may have been other factors in the breakup. 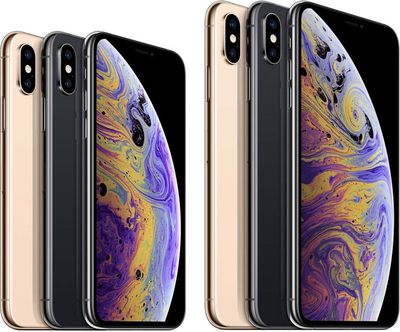 Williams wanted to continue to work with Qualcomm despite the legal battle, but Qualcomm accused Apple of leaking Qualcomm computer code needed to customize mobile chips. Williams offered to "firewall" the Apple engineers using the Qualcomm software and said nothing of value could be obtained from the code anyway.

"In my wildest imagination of some evil intention of Apple, I have trouble coming up with a real scenario where anything of significant value could be leaked based on this code," Williams wrote in September 2017.

Mollenkopf told Williams that he was concerned about protecting Qualcomm's proprietary information, and while he offered to provide software access to Apple, he asked Apple to commit to using Qualcomm chips in at least 50 percent of iPhones over the next two years.

Qualcomm in September 2018 accused Apple of stealing confidential information and trade secrets and passing it on to rival chipmaker Intel. From Qualcomm's lawsuit against Apple:

Although discovery is ongoing, it is clear that Apple's conduct went far beyond simply breaching the contract originally sued on. Indeed, it is now apparent Apple engaged in a years-long campaign of false promises, stealth and subterfuge designed to steal Qualcomm's confidential information and trade secrets for the purpose of improving the performance of lower-quality modem chipsets, with the ultimate goal of eliminating Qualcomm's Apple-based business.

As Bloomberg points out, it appears the software dispute was a key reason the two companies cut ties, as both were willing to continue to work together despite the legal battle. The fight has heated up since then, though, with Qualcomm winning import bans on iPhone 7 and ‌iPhone‌ 8 models in China and Germany.

Qualcomm is in court this week facing an antitrust lawsuit levied against it by the FTC, with the FTC accusing the company of using anticompetitive tactics and exorbitant licensing fees to remain the dominant baseband chip supplier.

Executives from many companies have testified against Qualcomm, including Jeff Williams. Earlier this week, Williams said that Qualcomm had refused to sell Apple chips for the 2018 ‌iPhone‌ models.

I wonder how Apple would feel sharing its own ARM SoC development tools with Qualcomm or HiSilicon.
Score: 16 Votes (Like | Disagree)

I kinda understand Qualcomm's obsession with keeping their tech secret and proprietary, in the mobile industry there is Qualcomm and then there is everyone else. The problem is that Qualcomm's baseband processors and the software around them are so incredibly amazingly good they border on perfection. So, I really do hope that Apple and Qualcomm fix their squabbles and continue on the right track.

I agree. Qualcomm's product works extremely well. Qualcomm know they have an extremely good product so they are rightly in my opinion, exploiting it the best they can. Apple have done the same with many of their products and technology and patents so why shouldn't other companies. Or is that because Apple is the one being affected, no company who deals with them is allowed to exploit their technology but Apple on the other hand is allowed to exploit theirs!!

Apple do not like it that a company is doing to them what Apple have done to others. For decades Apple have gone to courts around the world fighting claims of other companies stealing their IP, stealing their ideas and stealing their technology. Along comes Qualcomm who have a superior product to anyone else and say's 'we have the best available, but it's gonna cost you' and Apple have turned round and said 'not fair, you cannot do this'.
Score: 14 Votes (Like | Disagree)

Qualcomm is a joke. The sooner the CDMA tech isn’t used in the US, the better.

Apple is a joke.....they think they are the only company that can milk their customers?
Score: 12 Votes (Like | Disagree)

CDMA is dying tech. This reminds me of all the efforts to salvage Apple ][ tech that Apple struggled through, even fighting Apple ][ clones at one point. Qualcomm's efforts seem like a desperate effort to survive with antiquated proprietary tech until they have newer tech making any money.

Qualcomm simply has a lead in LTE technologies and 5G.
Score: 10 Votes (Like | Disagree)

Everything Qualcomm does relating to cellular chips covered in depth by industry standardisation documents and patents.

They don’t have any trade secrets to protect.

You couldn't be more wrong.
Qualcomm's diagnostic software for tuning modems and antennas is proprietary.
Score: 9 Votes (Like | Disagree)
Read All Comments