TP-Link today announced that it plans to make its Kasa Smart Wi-Fi Plug Mini compatible with HomeKit in early 2019. 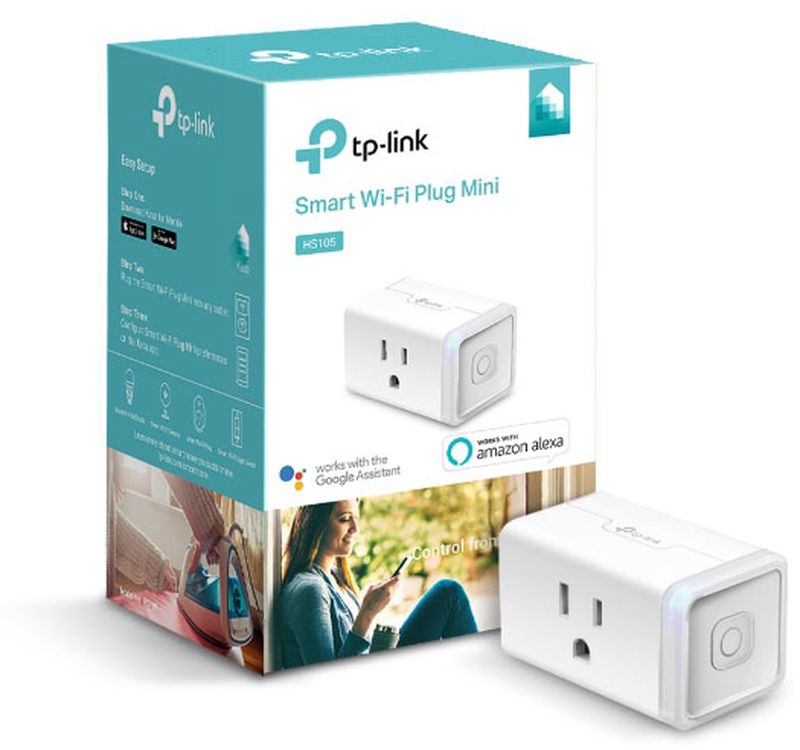 HomeKit support will allow for the smart plug to be controlled in the Home app on iPhone, iPad, iPod touch, or Mac and with Siri voice commands. It will also be possible to add the smart plug to a HomeKit scene, which lets users control multiple accessories at the same time, such as when arriving home.

This smart plug features a compact design that takes up only one receptacle on a typical double-receptacle wall outlet. They cost $24.99 each or $64.99 for a three-pack on Amazon and at select retailers such as Best Buy in the United States.

TP-Link is introducing seven new Kasa smart home products at CES 2019 in Las Vegas, including a video doorbell, light switch, light strip, security cameras, and additional plugs, which can be controlled with the Kasa Smart app on the App Store, but HomeKit support was not specified for these accessories.

HomeKit-enabled smart plugs are quite common, with a wide variety of options available from brands such as Eve, iDevices, iHome, Wemo, and Koogeek. They can be used to conveniently turn on and off TVs, lamps, coffee machines, and other household objects with an iPhone, iPad, Mac, or Apple Watch.

Note: MacRumors is an affiliate partner with Amazon. When you click a link and make a purchase, we may receive a commission, which helps us keep the site running.

NightFox
I've long learned that the phrase "plans to add HomeKit support" coming from any manufacturer is generally worthless and best ignored. Never, ever should it be allowed to influence buying decisions.
Rating: 5 Votes

Let me know when it actually arrives.
Rating: 1 Votes

6 months in, no HomeKit support.

I'm still waiting on https://www.netatmo.com/en-us/security/doorbell which was announced around the same time.
Rating: 1 Votes