Siri on HomePod Asked 800 Questions and Answered 74% Correctly vs. Just 52% Earlier This Year 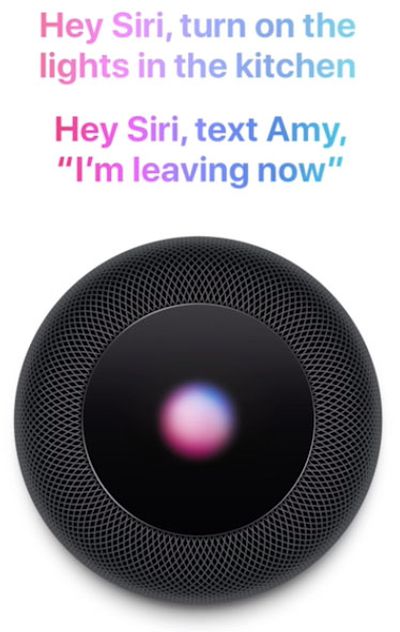 The results indicate that Siri on the HomePod correctly answered 74.6 percent of the questions, a dramatic improvement over the speaker's 52.3 percent success rate when Loup Ventures asked it a similar 782 questions in December 2017.

Munster attributed the HomePod's improved accuracy to "the enabling of more domains in the past year," as a series of software updates in recent months have enabled the speaker to make and receive phone calls, schedule calendar events, set multiple timers, search for songs by lyrics, and more.

Loup Ventures says it asked each smart speaker the same 800 questions, and they were graded on two metrics: whether the query was understood and whether a correct response was provided. The question set was designed to "comprehensively test a smart speaker's ability and utility" based on five categories:

The venture capital firm said it continues to modify its question set in order to reflect the changing abilities of digital assistants. "As voice computing becomes more versatile and assistants become more capable, we will continue to alter our test so that it remains exhaustive," said Munster.

Google Assistant on the Google Home correctly answered the most questions in four out of the five categories in the test, but fell short of Siri on the HomePod in the "command" category, according to Loup Ventures:

HomePod's lead in this category may come from the fact that the HomePod will pass on full SiriKit requests like those regarding messaging, lists, and basically anything other than music to the iOS device paired to the speaker. Siri on iPhone has deep integration with email, calendar, messaging, and other areas of focus in our Command category. Our question set also contains a fair amount of music-related queries, which HomePod specializes in.

Loup Ventures found the HomePod and Google Home stood "head and shoulders above the others" in both the "local" and "navigation" categories due to propriety data in Apple Maps and Google Maps respectively. "This data is a potential long-term comparative advantage for Siri and Google Assistant," said Munster.

Siri's shortcomings were brutally exposed on the HomePod, which relies almost entirely on the assistant to function, so anecdotal evidence of improvement is a good sign, but Apple still has significant ground to make up against its competitors.

Loup Ventures acknowledged that Siri remains limited on the HomePod compared to its expanded capabilities on the iPhone. "This is partially due to Apple's apparent positioning of HomePod not as a 'smart speaker,' but as a home speaker you can interact with using your voice with Siri onboard," said Munster.

The venture capital firm said it will continue to compare the HomePod to other smart speakers over time amid rapid advancements in artificial intelligence.

BootsWalking
Siri has indeed gotten much better. Just yesterday I asked the following question and got a richly contextualized answer:

A: "Yes, it's normal for Apple to bend its customers over"
Score: 34 Votes (Like | Disagree)

Idioteque_
Still unacceptable for the company that pioneered the virtual assistant.

Siri had a lead and it is now miles behind Alexa in intelligence, which in turn is behind Google Assistant by quite a ways
Score: 12 Votes (Like | Disagree)

ArtOfWarfare
Why do we even talk about any of these percentages like they're even remotely acceptable?

If your keyboard only produced the correct character 80% of the time, or your touchscreen discarded 20% of touches, or your speaker only streamed 80% of a song, not a soul would be okay with that.

Siri on your iPhone or Mac is a funny novelty. The moment it becomes the only way you can interact with a device? Who on earth would find that acceptable? Maybe you'd be willing to buy such a device if it was priced like a whoopie cushion or silly putty (so, you know, ~$5), but for $300?

And this isn't even getting into the fact that this basic test is EASY! We're not expecting the devices to be productive contributors every conversation - these are tailored queries - softballs - meant to be easily within the realm of what the devices are supposed to be capable of doing!
Score: 11 Votes (Like | Disagree)

Still unacceptable for the company that pioneered the virtual assistant.

Siri had a lead and it is now miles behind Alexa in intelligence, which in turn is behind Google Assistant by quite a ways

I really don't mind if the one I'm using is slightly behind if that means looking after my privacy in a respectable manner.
Score: 9 Votes (Like | Disagree)

Siri had a lead and it is now miles behind Alexa in intelligence, which in turn is behind Google Assistant by quite a ways

According to this test Siri answered more queries correctly than Alexa. Doesn't mean it couldn't still be behind overall but "miles behind" is a pretty big exaggeration.
Score: 9 Votes (Like | Disagree)

Baymowe335
I know it's popular to bash Siri here, but I think she works very well and has improved a lot.
Score: 7 Votes (Like | Disagree)
Read All Comments