When tvOS 12 was introduced back in June of 2018, Apple announced a new Zero Sign-on feature, a followup to Single sign-on. Zero Sign-on is designed to let you sign into all TV apps automatically when connected to your TV provider's broadband. 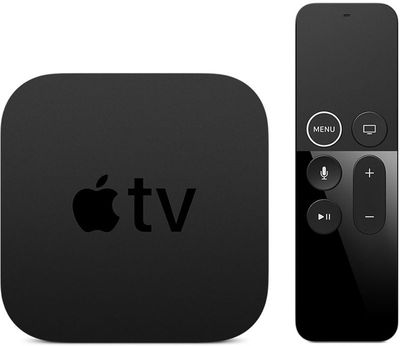 It looks like the rollout of the Charter Spectrum app and the Zero sign-on feature is not going to make that deadline, as Apple today updated its Apple TV 4K page to change some of the wording to reflect the delay.

Rather than stating that Charter Spectrum cable subscribers will be able to watch live channels and on-demand programs with Apple TV "later this year," the page now says that the feature is "coming soon."

Prior to today's wording change: "And later this year, Charter Spectrum cable customers can watch live channels and thousands of on-demand programs with Apple TV."

After the wording change: "And coming soon, Charter Spectrum cable customers can watch live channels and thousands of on-demand programs with Apple TV."

That Apple has swapped "coming soon" for "later this year" suggests the Charter Spectrum app and the Zero Sign-on feature will be coming sometime after 2018, perhaps early in 2019.

bbednarz
I understand Apple hating is the cool thing to do around here... But doesn't Charter likely play a large role in this? Have we really begun disliking Apple so much that they are higher on the s**t list than the cable providers??
Score: 4 Votes (Like | Disagree)

JTR555
Another deadline missed by Apple (let’s not forget the long promised charging pad for the iPhone, Apple Watch, and Air Pods). Steve Jobs would have had people’s heads for that.
Score: 3 Votes (Like | Disagree)

Dominicanyor
Big companies should not announce things unless they’re actually going to make it happen when they say it will be..
Score: 3 Votes (Like | Disagree)

Braderunner
Well, then...Charter Spectrum can count me out as a video subscriber until at least then.
But, probably for longer than that. I cannot stand to watch live tv. Commercial, after commercial, after......
The current tv model has a looooong way to go.
[doublepost=1545180185][/doublepost]

Probably Spectrum. Apple is not creating apps for them.

Don't forget about the networks, that OVERvalue their programming. Even when it is good, they ruin it with commercials. It used to be, they either got their revenue from commercials, or subscribers. Then, they thought, "Why not both"?
That is how companies like Netflix are changing things.
However, the old people on the board of these companies (networks and providers) are going to cling to the old model for as long as they can...then retire. Until then...:( :rolleyes:
Score: 2 Votes (Like | Disagree)

busyscott
Man, they’re completely ruining any credibility they had left. So short-sited, I predict this will be an underlying issue at the company for years that will be very hard to repair.
Score: 2 Votes (Like | Disagree)

IngerMan
I just cut the TV cable line from Spectrum, I got tired of being ripped off. Too many streaming providers with live local stations for much less cost. I am running Hulu live off the $35 4k fire stick. I had an original apple TV but I can't justify the cost for the new one compared to the competition prices.
Score: 2 Votes (Like | Disagree)
Read All Comments