Costco began selling select Macs this week in the United States, and it is offering a particularly notable deal of $200 off the new MacBook Air. The deal is available on its website, with in-store pickup available. 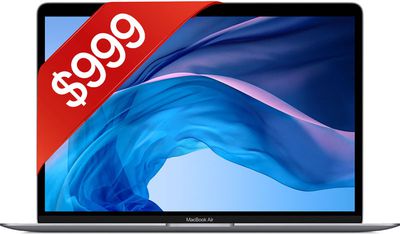 Unfortunately, for anyone hoping to purchase one as a Christmas gift, Costco says the base model MacBook Air will ship the week of December 26.

If you don't have a Costco membership, and happen to live near a Micro Center store, the Apple Authorized Reseller is still offering $200 off the new MacBook Air at its 25 locations. Unlike Costco, this deal extends to the higher-end 2018 MacBook Air with 256GB storage for $1,199, down from $1,399 at Apple.

If neither Costco nor Micro Center is an option, Amazon is offering $140 off the base model 2018 MacBook Air in silver, bringing the price down to $1,059. While not as good of a deal, remember that a Costco membership costs $60.

These are the best deals we've seen on the new MacBook Air since its release in early November. The latest model features a long-awaited Retina display, faster eighth-generation Intel processor, up to 16GB of RAM, up to 1.5TB of SSD storage, Touch ID, and the Apple T2 Security chip with "Hey Siri" support.

Note: MacRumors is an affiliate partner with Amazon. When you click a link and make a purchase, we may receive a commission, which helps us keep the site running.

shareef777
Never seen Apple's newest devices priced so low so close to release. Don't know how to look at it in any other way then they were overpriced to begin with.
Score: 10 Votes (Like | Disagree)

FX120
This is the right price, should be the same year-round.
Score: 9 Votes (Like | Disagree)

ondert
Really 999$ had to be the starting price.. Maybe the sales are really poor that we see discounts that often and early.
Score: 3 Votes (Like | Disagree)

macaddiict
All of the extreme "discounting" on things like the air, mbps, and even the xr give me hope that Apple is feeling the pain of their own hubris and is not seeing the sales they expected.

I recently had to purchase an iPad for a project and made sure to buy used, as I do not want any of my dollars reinforcing the current version of Apple or making them feel like I agree with their rediculous decisions.

They have a lot right when it comes to their tech stack and I think they could turn this ship around, but if they keep going toward being a luxury brand rather than an innovative brand, I hope to never give them anotger penny directly.
Score: 3 Votes (Like | Disagree)

Rychiar
They really need to look at their Mac pricing especially next to their mobile ****. It’s insane to pay more that 999 for one of these things
Score: 2 Votes (Like | Disagree)

Even crazier is Apple price is $1800!
Score: 2 Votes (Like | Disagree)
Read All Comments