Two of Apple's largest suppliers have reported healthy jumps in monthly revenue, suggesting fears of weak iPhone demand may be overblown (via Bloomberg). 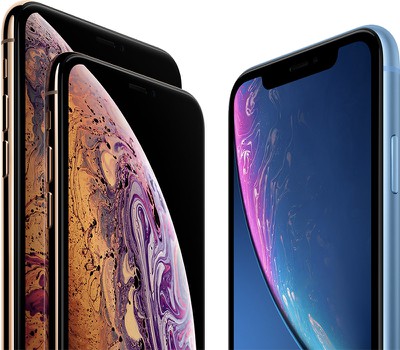 Foxconn posted NT$601.4 billion ($19.5 billion) in revenue, a record for the month of November, which puts the iPhone assembler on track for its fastest pace of annual growth in years.

TSMC, maker of Apple's system-on-chips like the A12 processor, reported revenue of $3.1 billion, a lower figure than the previous month but still considered strong overall. Executives at the chipmaker have said they expect demand for premium devices to help offset lethargy in the crypto-mining market, which it has heavily invested in.

Apple accounts for close to half of main iPhone-assembler Hon Hai's revenue and about a fifth of TSMC's, according to data compiled by Bloomberg.

The figures offer something of a riposte to the narrative that sales of Apple's iPhone XR and XS have been weaker than expected. For example, last week it was reported that Apple moved marketing staff off other projects to focus on bolstering sales of the latest iPhone lineup in late October.

Apple's next earnings call is in January, when investors will get an idea of how the company did over the holiday season, although Apple recently stopped reporting real unit numbers for its major product categories, so investors will have to rely on revenue and gross margin figures alone to assess performance.

You mean TSMC who makes the microchips for almost everything including all of AMD's GPU's, all of NVIDIA's GPU's most of the Qualcomm stuff and even Huewei's CPU's for their phones had a strong November when there is already a backlog of 6 months to get anything fabbed there? oh my god.

Also is that the same Foxconn that assembles all the Amazon devices, Apple iPads, Google Chromecasts, all the Microsoft Surfaces, the XBOX the Nintendo Switch and the PS4? - Damn you'd think with lowered iPhone sales they'd be basically on the street begging for business.
Score: 14 Votes (Like | Disagree)

It's a very well known fact that demand picks up for the holidays. Considering that we probably had a low baseline this year (due to demand being lower than expected), when it picked up it really showed (even if probably not to previous years' levels).

But then again, who knows.

You mean TSMC who makes the microchips for almost everything including all of AMD's CPU's, all of NVIDIA's GPU's most of the Qualcomm stuff and even Huewei's CPU's for their phones had a strong November when there is already a backlog of 6 months to get anything fabbed there? oh my god.

Also is that the same Foxconn that assembles all the Amazon devices, Apple iPads, Google Chromecasts, all the Microsoft Surfaces, the XBOX the Nintendo Switch and the PS4? - Damn you'd think with lowered iPhone sales they'd be basically on the street begging for business.

Don't speak logic here, it's not appreciated! Some people are under the assumption TSMC only makes iPhone chips or something.
Score: 8 Votes (Like | Disagree)

maflynn
So much for the talk that Apple has peaked and sales are shrinking ¯\_(ツ)_/¯
Score: 7 Votes (Like | Disagree)

And Repeat every year. It's rather hilarious.
Score: 7 Votes (Like | Disagree)
Read All Comments

Friday July 10, 2020 11:12 am PDT by Juli Clover
Apple this month published a support document that warns customers against closing their Mac notebooks with a cover over the camera as it can lead to display damage. Image via Reddit Apple says that the clearance between the display and the keyboard is designed to very tight tolerances, which can be problematic. Covering the camera can also cause issues with automatic brightness and True Tone....
Read Full Article • 342 comments