The Australian parliament on Thursday passed controversial encryption legislation that could result in tech companies being forced to give law enforcement access to encrypted customer messages.

As we reported in October, Apple opposed the legislation in a seven-page letter to the Australian parliament, calling the encryption bill "dangerously ambiguous" and wide open to potential abuse by authorities. 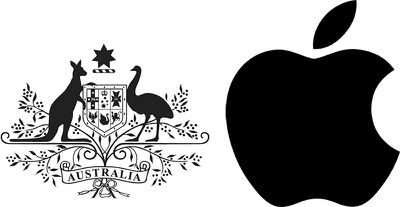 Advocates of the bill, officially titled "Assistance and Access Bill 2018," argue it is essential to national security because encrypted communications are used by terrorist groups and criminals to avoid detection.

CNET provided a breakdown on the Australian bill and the three tiers of law enforcement and state agency assistance it covers:

The Australian government insists that the laws don't provide a backdoor into encrypted communications, however Apple says says the language in the bill permits the government to order companies who make smart home speakers to "install persistent eavesdropping capabilities" or require device makers to create a tool to unlock devices.

Likewise, the joint industry lobby group DIGI, which includes Amazon, Facebook, Google, Oath, and Twitter, said they were willing to work with the government to promote public safety, but the laws could "potentially jeopardize the security of the apps and systems that millions of Australians use every day."

Apple has fought against anti-encryption legislation and attempts to weaken device encryption for years, and its most public battle was against the U.S. government in 2016 after Apple was ordered to help the FBI unlock the iPhone owned by Syed Farook, one of the shooters in the December 2015 attacks in San Bernardino.

Porco
Presumably the terrorists and criminals, upon reading this like the rest of us, will simply plan accordingly, making the whole thing utterly pointless whilst introducing huge potential security, privacy and economic damage for the vast majority of innocent people.

deeddawg
If Apple, Google, Facebook, etc. were to suddenly cease all sales and operations within Australia, that law would be gone in a heartbeat.

Doubt that'd ever happen though, unfortunately.
Score: 30 Votes (Like | Disagree)

iGobbleoff
Our government doesn’t know it’s ass from its head. Or it’s head is too far up there.
Score: 24 Votes (Like | Disagree)

pika2000
So aussie government seem to be more concerned about other people’s business than, I don’t know, other problems like homelessness. I’m glad aussies know their priorities. /s
Score: 19 Votes (Like | Disagree)

Technically; that's exactly what will be done by anyone with something to hide. It'll just be a case of running through a dedicated encryption program (or plug-in) before sending with any messaging app.
All this bill does is highlights to people that they're currently depending on a single layer of protection (so prompting those affected to review this), and shows the incredible stupidity of bureaucrats and politicians.
Score: 18 Votes (Like | Disagree)

patent10021
Where women glow and men plunder?
Can't you hear, can't you hear the thunder?
You better run, you better take cover.
Score: 16 Votes (Like | Disagree)
Read All Comments