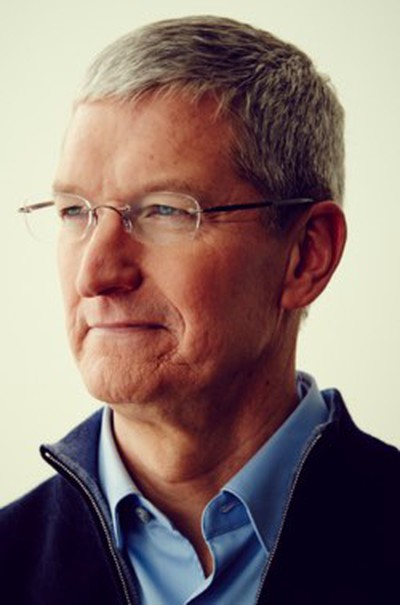 At the annual Never is Now Summit on Anti-Semitism and Hate, the Anti-Defamation League (ADL) will present Apple CEO Tim Cook with its inaugural Courage Against Hate Award.

Cook, says the ADL, has been "led by a strong moral compass" and has demonstrated that the business community has a responsibility to make the world better for all people.

He recently said, "We advocate for human rights because Apple has always been about making products for everyone. And, arguably, if people are treated as second-class citizens in any part of the world, then it's kind of hard to accomplish that objective."

Tim has been led by a strong moral compass. In his role as Apple CEO, Tim is committed to leading by example in tackling critical social issues that are also core to ADL's mission including immigration and refugee rights, LGBTQ rights, cyberhate and civil rights.

The ADL also highlighted Apple's donations to ADL and other civil rights groups, along with Cook's inspiring letter to employees following the events of Charlottesville, where he wrote: "We've seen the terror of white supremacy and racist violence before. It's a moral issue -- an affront to America. We must all stand against it."

For all of the reasons listed above, the ADL chose Cook as its award recipient.

Cook will be in attendance at the Never is Now Summit in New York City on December 3, where he will speak after receiving his award.

Tickets for the event are available for $150.

Update: Tim Cook's keynote speech at the ADL "Never is Now" summit will be available via a livestream that starts at 7:00 a.m. Eastern Time on Monday, December 3. Cook is set to receive his award and speak at 3:20 p.m. Eastern Time.

pweicks
I liked Apple more when they had an engineer for a CEO, not a politician/businessman.
Score: 26 Votes (Like | Disagree)

Superhappytree
How about accepting an award from... oh I don't know... bettering the products of your own company? And when I say 'bettering', I don't mean endlessly iterating and actually worsening (in some cases) said products while raising their prices.
Score: 14 Votes (Like | Disagree)

This is total nonsense. The ADL is a hate group

Absolutely correct. The ADL is a disgusting organisation who routinely target people who they deem to be an enemy of their extreme far-left political agenda. They are anti-American in terms of their continual attempts to shut down free speech online. They have extremely subjective and undefined concepts about things like so-called "hate speech" - something the Supreme Court has unanimously ruled DOES NOT EXIST. In other words, "hate speech" IS free speech.

They work with social media sites to routinely censor and deplatform anybody they deem a threat to their hyper "progressive" worldview. Open borders, extreme liberalism, and make no mistake about it - firmly anti-white.

Let's be absolutely clear about what the ADL are. The ADL are an anti-American, extreme far-left hate organisation that is systematically undermining the very fabric of American society. A disgusting affront to civil liberty, decency and the very values that made the US one of the greatest civilizations the world has ever known.

Shame on Tim Cook for associating with them and shame on Apple for embracing these hateful far-left degenerates.
Score: 12 Votes (Like | Disagree)

corebeliefs
Is Tim saying he's for human rights because it helps to make people Apple consumers? And is he saying that Apple makes products for everyone (at their prices?)
Score: 9 Votes (Like | Disagree) 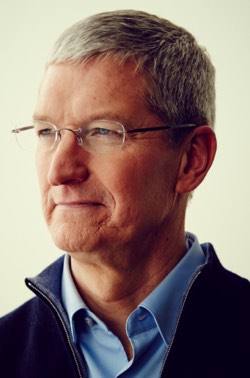 At the annual Never is Now Summit ('https://www.cvent.com/events/never-is-now-2018/registration-5723a3b23a9f4fecab385ab236da049a.aspx?fqp=true') on Anti-Semitism and Hate, the Anti-Defamation League (ADL) will present ('https://www.adl.org/tim_cook') Apple CEO Tim Cook with its inaugural Courage Against Hate Award.

Cook, says the ADL, has been "led by a strong moral compass" and has demonstrated that the business community has a responsibility to make the world better for all people.The ADL also highlighted Apple's donations to ADL and other civil rights groups, along with Cook's inspiring letter to employees following the events of Charlottesville, where he wrote: "We've seen the terror of white supremacy and racist violence before. It's a moral issue -- an affront to America. We must all stand against it."

For all of the reasons listed above, the ADL chose Cook as its award recipient.

Cook will be in attendance at the Never is Now Summit in New York City on December 3, where he will speak after receiving his award.

How many more awards do we need in society? Everyone really does get a trophy.
Score: 8 Votes (Like | Disagree)

freddiebarnes
This is total nonsense. The ADL is a hate group
Score: 8 Votes (Like | Disagree)
Read All Comments

Monday July 6, 2020 6:55 am PDT by Eric Slivka
Amid rumors and hints of a forthcoming update for the iMac, supplies of Apple's current 27-inch iMac continue to dwindle with mid- and high-end stock configurations now seeing shipping estimates pushed back into September. The 27-inch iMac has seen tight supplies and extended shipping estimates for months now, but the situation has been gradually worsening to the point where new buyers can...
Read Full Article • 62 comments