Apple customers in Australia and New Zealand are always the first to get their hands on new devices on launch day because of time zone differences, and the Apple's newest devices are no exception.

It's morning time in Australia and New Zealand and customers who pre-ordered one a new iPad Pro, MacBook Air, or Mac mini are beginning to receive their shipments and have started sharing arrival news on Twitter, Instagram, and the MacRumors forums. 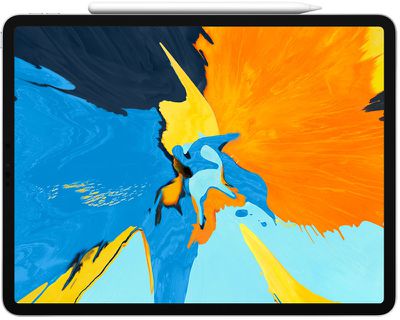 There are no Apple Stores in New Zealand, so customers in Australia are the first to be able to purchase one of Apple's new devices from an Apple retail location. Apple should have iPad Pro models available for walk-in purchases along with base models of the MacBook Air and Mac mini.

iPad Pro pre-orders sold out quickly after the new tablet was announced, so how much stock will be available for walk-in purchases is unknown.

Following New Zealand and Australia, iPad Pro, MacBook Air, and Mac mini sales sales will kick off in Asia, Europe, and finally, North America. Apple Stores globally are opening up at their standard times to allow customers to pick up reserved devices and make walk-in purchases.

In the United States, the first new device deliveries and sales will take place on the East Coast starting at 8:00 a.m.

Aside from Apple, other retailers including carriers and big box stores should also be stocking the new devices.

We'll be sharing first impressions of the new device from actual Apple customers in Australia and New Zealand, so make sure to stay tuned to MacRumors and if you've received a new MacBook Air, Mac mini, or iPad Pro, let us know what you think.

moxxham
Just got my new 12.9 from the Apple Store! So excited!

It feels so different from the previous generation. The flat edges feel really good. Much nicer!

Cauase the planet earth is spinning the wrong direction for you ;)
Score: 28 Votes (Like | Disagree)

We Australians time travelled one day into the future to get our new toys early. Your welcome to come join us but you will have to get used to paying the Australia tax on those toys as well.
Score: 15 Votes (Like | Disagree)

lol . Just think before you post. It’s already tomorrow in Australia. That is why they get it early. (They don’t really its just a time difference)
Score: 9 Votes (Like | Disagree)

legacyb4
Can someone please pop the bottom off and confirm for once and for all if DIMMs are a) easy access and b) something that can be swapped out without jumping through hurdles or having to remove other parts of the machine?
Score: 7 Votes (Like | Disagree)
Read All Comments