Apple today said it is "urgently investigating" a report that claims Apple Watch manufacturer Quanta Computer has subjected teenage students to illegal work conditions at its factory in the Chinese city of Chongqing. 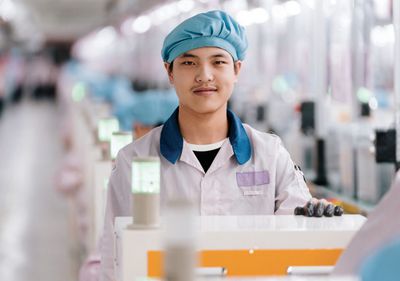 "We are urgently investigating the report that student interns added in September are working overtime and night shifts," Apple said, in a statement issued to CNN. "We have zero tolerance for failure to comply with our standards and we ensure swift action and appropriate remediation if we discover code violations."

In a report last week, Hong Kong labor rights group Students and Scholars Against Corporate Misbehavior said Quanta was "using significant numbers of student workers aged 16-19 years" to assemble the Apple Watch, under working conditions that do not comply with Chinese regulations or Apple's own standards.

Based on an investigation during the summer of 2018, SACOM found that many students were forced to complete internships at Quanta, or face the risk of delayed graduation. The internships were often unrelated to each student's field of study, and lacked an educational component, according to the findings.

"Our school told us that we will be deferred if we don't do the internship," said a student majoring in early education. "If we resign then we will also receive our graduation certificate half a year later than others."

The report also found that students were often illegally required to work at least a few hours of overtime per day and overnight shifts.

In its statement, Apple said it audited Quanta's factory in Chongqing three times between March and June, and found "no student interns working on Apple products at that time," but noted students may have been hired in September. Apple has promised to take appropriate action if it discovers any violations.

On its Supplier Responsibility website, Apple says it holds itself and its suppliers to the "highest standard" when it comes to human rights, environmental protections, and responsible business practices in the supply chain.

In its 2018 Supplier Responsibility Progress Report, Apple said it has enforced a limit of "no more than 10% student workforce at a supplier facility." The report adds that suppliers can offer overtime "only on a voluntary basis" and factories must give employees "one full day of rest for every six days worked."

Last year, Apple and its largest manufacturer Foxconn confirmed instances of students working overtime to assemble the iPhone X, and both companies vowed to take remedial action. Apple said the overtime work was completed voluntarily, with proper compensation and benefits, but in violation of Foxconn's policy.

Mansu944
I don’t think Apple cares. It’s cheaper in China for a reason. Reasons like this.
Score: 14 Votes (Like | Disagree)

barkomatic
There is a labor shortage in China so bad they are forcing students to work in factories, yet there is very limited production in the U.S. I understand the economics of why certain things are made overseas, but this is ridiculous. Apple charges so much for its products that they could pay people $20 an hour here and still make a fortune.
Score: 12 Votes (Like | Disagree)

I don’t think Apple cares. It’s cheaper in China for a reason. Reasons like this.

They dont care but they have to make it *appear* they care. Its all about pleasing shareholders. If Apple really cared they'd build all this stuff here with American labor and pay them decent wages/benefits. But, clearly thats not an option. The eleventy-million-trillion in profit they pocket like every week just isnt quite enough.

And Im pro-capitalism too but this kind of stuff is NOT OK with me.
Score: 9 Votes (Like | Disagree)

Naraxus
el oh el. I love how people are shocked by this. Apple's always used slave labor to make its products on the cheap so why this comes as a shock to anyone is beyond me.
Score: 7 Votes (Like | Disagree)

I am still not sure what you are saying here. Sorry.
Score: 6 Votes (Like | Disagree)

I assume when you get on your high horse that you do not buy Apple products do to your ethical concerns.

Unfortunately this practice is not limited by any means to Apple products.
Score: 6 Votes (Like | Disagree)
Read All Comments