TouchTunes is designed to let users play the jukebox at more than 65,000 bars and restaurants across the United States. To get the credit, users will need to download TouchTunes and make a $10+ credits purchase to receive the free credits. Credits within TouchTunes are used to play songs at local jukeboxes. 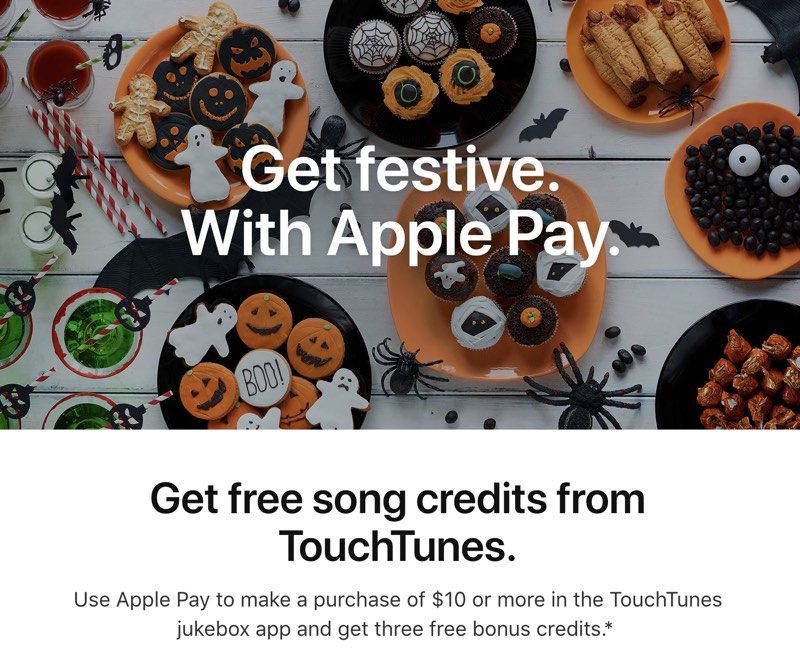 According to the fine print of the deal, it will last from October 24 to 11:59 Pacific Time on October 31 in the United States and Canada. Only one reward is available per person and per Apple Pay account.