To celebrate The Big Draw Festival, a monthlong worldwide celebration of drawing held every October, eight Apple Stores are hosting special Today at Apple sessions related to the festival throughout the month.

A total of 108 sessions will be hosted by the end of the month at Apple Regent Street in London, Apple Piazza Liberty in Milan, Apple Dubai Mall in Dubai, Apple Michigan Avenue in Chicago, Apple SoHo and Apple Williamsburg in New York, Apple Orchard Road in Singapore, and Apple Union Square in San Francisco.


Apple CEO Tim Cook today tweeted about a session hosted by artist Marcy Smith, who helped customers learn how to draw and sketch with the iPad Pro and Apple Pencil at the Union Square store on Wednesday evening.

The sessions, which include Live Art and Sketch Walks, are free to attend as space permits. There are still plenty of sessions remaining through the second half of October, and those interested can browse and sign up for sessions on the Today at Apple page. Most sessions are scheduled to run 90 minutes.
Related Roundup: Apple Stores
Tag: Today at Apple
[ 41 comments ] 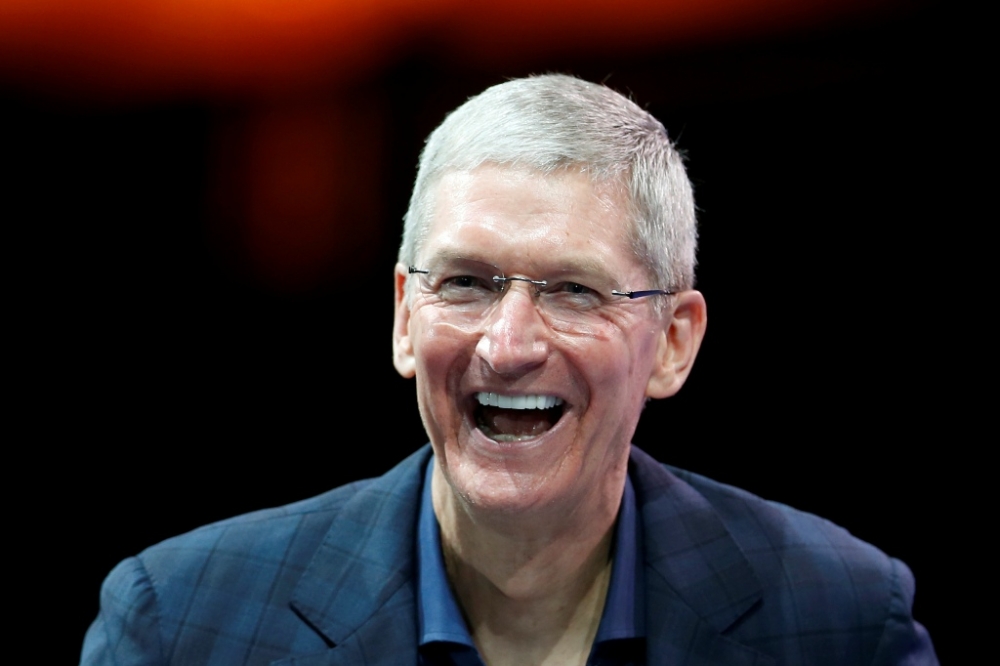 JimmyHook
So many whining children over apple offering free drawing classes... amazing how entitled some people are
Score: 5 Votes (Like | Disagree)

AngerDanger
…wait, what event is this?

Frign
No October Mac event but they announce this so prominently?! It's like they are mocking us.
Score: 3 Votes (Like | Disagree)

October still has 13 days, plus Apple can multitask.
Score: 2 Votes (Like | Disagree)
Read All Comments

Monday October 26, 2020 8:42 am PDT by Joe Rossignol
Last week, Apple released an update for Boot Camp, its utility for running Windows on a Mac. While this update would typically be unremarkable, several of our readers noticed that the release notes reference an unreleased 2020 model of the 16-inch MacBook Pro. While this could easily be a mistake, the 16-inch MacBook Pro is nearly a year old, so it is certainly a worthy candidate for a...
Read Full Article • 228 comments

Monday October 26, 2020 3:38 pm PDT by Juli Clover
Alongside the iPhone 12 and 12 Pro models, Apple introduced a new MagSafe charger that attaches to the magnetic ring in the back of the devices, providing up to 15W of charging power, which is double the speed of the 7.5W Qi-based wireless charging maximum. Apple does not provide a power adapter with the $39 MagSafe charger, requiring users to supply their own USB-C compatible option. Apple...
Read Full Article • 435 comments

Tuesday October 27, 2020 4:29 pm PDT by Juli Clover
Samsung's Galaxy S21, coming in 2021, may not include a power adapter or headphones in the box, according to reports from Korean media sites highlighted by SamMobile. Rumors earlier this year also said that Samsung was considering removing these accessories from future smartphone models, but that didn't stop Samsung from mocking Apple for selling the iPhone 12 models without a power adapter...
Read Full Article • 207 comments

Tuesday October 27, 2020 4:14 am PDT by Tim Hardwick
The first iMac powered by Apple Silicon is set to arrive in the first half of next year and will feature a desktop class "A14T" chip, according to Chinese-language newspaper The China Times. Codenamed "Mt. Jade," Apple's first custom-made desktop processor will be twinned with its first self-developed GPU, codenamed "Lifuka," both of which are being produced using TSMC's 5-nanometer process, ...
Read Full Article • 273 comments

Wednesday October 28, 2020 7:10 am PDT by Joe Rossignol
iPhone 12 and iPhone 12 Pro models feature a new Ceramic Shield front cover that is "tougher than any smartphone glass," according to Apple, but the displays on the devices still have similar scratch resistance as previous iPhones based on a new test. Zack Nelson today shared his much-anticipated iPhone 12 Pro durability test on his YouTube channel JerryRigEverything, and based on the Mohs...
Read Full Article • 76 comments

Tuesday October 27, 2020 12:36 pm PDT by Joe Rossignol
Last week, a listing appeared in the Bluetooth product database for an Apple product with a placeholder name "B2002" and a model number of "TBD." MacRumors was alerted to the listing by health and fitness tech website MyHealthyApple. The product is filed under the "personal computer" category, which Apple has used for previous Mac and iPad listings in the database, so it is hard to pinpoint...
Read Full Article • 30 comments