Apple today seeded the third beta of an upcoming macOS Mojave 10.14.1 update to developers, one week after seeding the second beta and two weeks after releasing the macOS Mojave update. 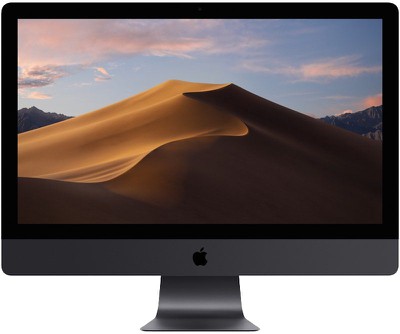 We didn't find any other significant new features in the first two developer betas of macOS Mojave, so it's not clear if there are any additional changes. The update likely includes performance improvements and bug fixes for issues that have been discovered since the release of the Mojave update.

Should new features be found in the third beta, we'll update this post.

We didn't find any other significant new features in the first two developer betas of macOS Mojave, so it's not clear if there are any additional changes. The update likely includes performance improvements and bug fixes for issues that have been discovered since the release of the Mojave update.

Should new features be found in the third beta, we'll update this post.

dogslobber
Is anybody having problems with iconservicesagent consuming 70% CPU time?
Score: 1 Votes (Like | Disagree)

Same issue here. I have reported this issue to Apple. I would encourage you to do the same.

Just testing out new features for Chinese government don’t worry guys. Green light will be fixed with next update and everything will be fine again.
Score: 1 Votes (Like | Disagree)

simply if I'm interested in a product I try to inform myself based on the experience of who owns it.
Many on youtube to which I asked if they have crackling problems respond or saying that they have never had or that they have solved with Mojave.

Oh ok that's interesting because I cancelled my order of Macbook Pro 2018 which I'm super disappointed as I need a MacBook but not a defective one !
Where I reside there aren't any Apple Stores so that's a real bummer!
And to top it off you cannot return your product !
This is a bug investment for me since it costs a lost because of the import duty on Apple products ! I want to know if it is really sorted out !
I just chatted with Apple Support U.S. and they said that the investigation and the engineering team is still working on fix and they will push an update !
Until I see the release notes stating a fix I unfortunately will have to wait to put my money on the purchase of a MacBook Pro
Score: 1 Votes (Like | Disagree)
Read All Comments

Friday July 23, 2021 8:07 am PDT by Sami Fathi
Yesterday, DigiTimes claimed that the upcoming iPad mini will feature a mini-LED display, but now, display analyst Ross Young is going at odds with that report, claiming that while the updated iPad mini continues to be on track for a release this year, it won't feature a mini-LED display. Young says he "confirmed" with Radiant Opto-Electronics, who DigiTimes claims would provide Apple with...
Read Full Article • 58 comments