Popular turn-based game Civilization VI, which has previously been available for the iPad, is today expanding to the iPhone. Aspyr Media, the company that ported the game to iOS, is making the iPad version universal, so customers who have already purchased Civilization VI for iPad can play on iPhone at no additional cost.

Civilization VI is a turn-based strategy game that tasks players with building an empire and advancing civilization from the Stone Age to the Information age. Exploring the surroundings, researching new technology, and conquering enemies are core gameplay elements. 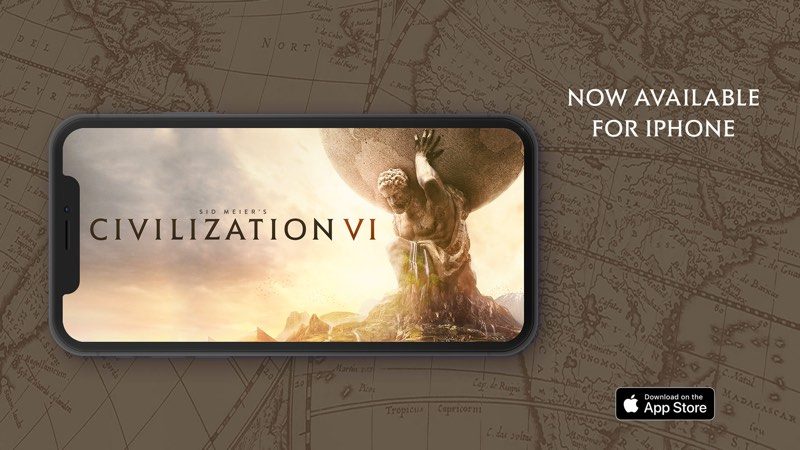 To celebrate the launch of Civilization VI, the full game can be unlocked for $23.99, a 60 percent discount off of the regular price of $59.99. Players can also play through the first 60 turns to give the game a try before purchasing.

Civilization VI in particular offers cities that span multiple tiles, active research options through exploring and discovering new cultures, dynamic diplomacy options, and options to use multiple units per tile. There's a local multiplayer mode for cooperating and competing with friends, and for new players, there's a full tutorial system. 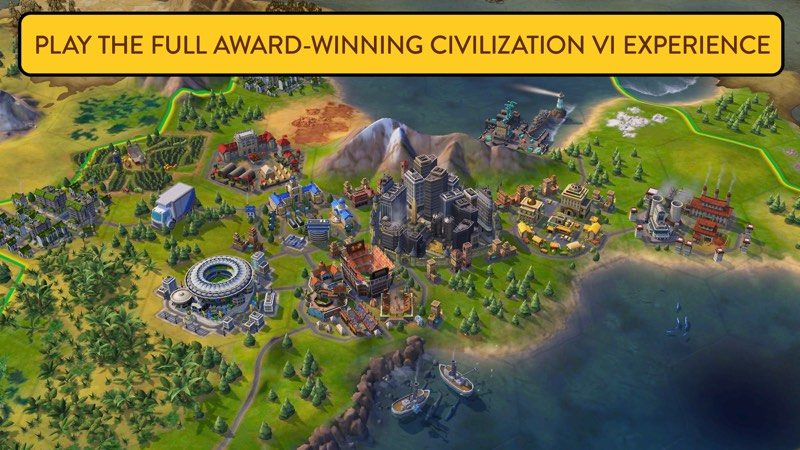 Civilization can be downloaded from the iOS App Store. [Direct Link]

T'hain Esh Kelch
"Give a man a fish, and he will feed for a day... Teach a man that he can play Civilization on his phone, and he will never work again."
Rating: 22 Votes

"Give a man a fish, and he will feed for a day... Teach a man that he can play Civilization on his phone, and he will never work again."

squirrelist
Suddenly I'm okay with a four-hour wait at the DMV.
Rating: 5 Votes

jamrolu
Do game saves sync via iCloud or any other mechanism? Can you use an iPhone and an iPad interchangeably and resume your game, or are game saves trapped on the device you start on?
Rating: 4 Votes

Suddenly I'm okay with a four-hour wait at the DMV.

The first 3 hours were you not being able to leave the car due to “just one more turn!”, right? :-)
Rating: 3 Votes

It's the FULL game, including many of the DLC, (partial) mod support (!). The only thing it is missing is the strategy view. And Rise and Fall expansion is coming later.
Rating: 2 Votes

Am I missing something, or are there no buttons for saving, loading, or changing the options for a new game?


Just downloaded it. The free one doesn't give me any options for games like on the PC version. Can't choose what kind nor size of map, can't choose which civilization to play as. However, paying for it opens up the options.
Rating: 2 Votes

iKwick7
A great game and a great port! Unfortunately, I Civ 4 is still my favorite- and easily my favorite and most played game of all time. Now if that was ported to the iPad- life over.
Rating: 2 Votes

Sorry for the dumb question, but I’m slow and haven’t paid for an iPhone game in a while, but if I buy this for my iPhone can I download it on my iPad or so I have to buy it again?

You’ll need to either “restore purchase” if the option is available, or pretend you’re going to buy it again, and a message box will pop up saying you’ve already paid and it will be downloaded again at no cost.
Rating: 2 Votes

Crow T Robot
It's just the base game, no expansion? Are they going to port the expansions eventually too like they did for Mac?

A: We hope to support the expansion in the future but cannot confirm timing or availability right now.
Rating: 2 Votes
[ Read All Comments ]