Apple today seeded the second beta of an upcoming iOS 12.1 update to developers, two weeks after seeding the first beta and a little over two weeks after releasing iOS 12, a major new version of the iOS software. 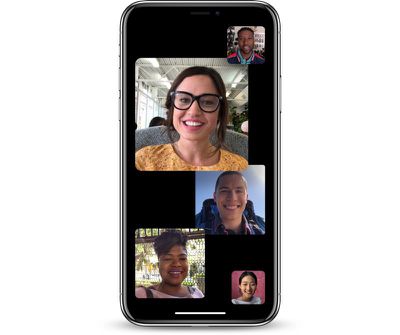 iOS 12.1 introduces several new features that Apple promised would come to the new iPhone XS and XS Max devices. The beta introduces support for the eSIM, which is a digital SIM that lets you activate a cellular plan from a carrier without the need to use a physical SIM card.

Apple today announced that new emoji are coming in the iOS 12.1 beta, with options to include red hair, gray hair, curly hair, and no hair, along with smiley faces that include cold face, party face, pleading face, face with hearts, and tons more.

If any additional new features are found in the second iOS 12.1 beta, we'll update this post with details. Apple today also released a second beta version of Xcode 10.1.

Yes, don't act so high and mighty over people who like to have a little fun with their texts
Score: 12 Votes (Like | Disagree)

The million dollar question.... does it fix the charging bug?

Love Divine
FaceTime is trash is in iOS12.

I started testing this morning at home and at work. On 12 I wasn't able to connect to the 5GHz band at home or at work, but that seems to be resolved after updating to 12.1. I can connect to that frequency in both locations now, and I haven't observed any issues while connected yet. I'm on Verizon, and had not observed the LTE issues others were reporting so I can't speak from experience on that.
Score: 4 Votes (Like | Disagree)

ryanwarsaw
The million dollar question.... does it fix the charging bug?
Score: 2 Votes (Like | Disagree)

Lvmyiphone
OK what about the Wi-Fi and connectivity issues??????? along with the phone rebooting itself twice A day and a battery issue that people been complaining about
[doublepost=1538500109][/doublepost]Lots of bugs like WiFi an connectivity issues, an so on.... that should be focused on 1ST!!!!
Score: 2 Votes (Like | Disagree)
Read All Comments