Tuesday October 2, 2018 10:30 am PDT by Juli Clover
Apple is donating $1 million to aid in relief efforts in Indonesia after Indonesian island Sulawesi was devastated by a 7.5 magnitude earthquake and subsequent tsunami on September 28.

Following the disaster, more than 1,000 people have died in Sulawesi and several other Indonesian islands have been hit with aftershocks and similar quakes. 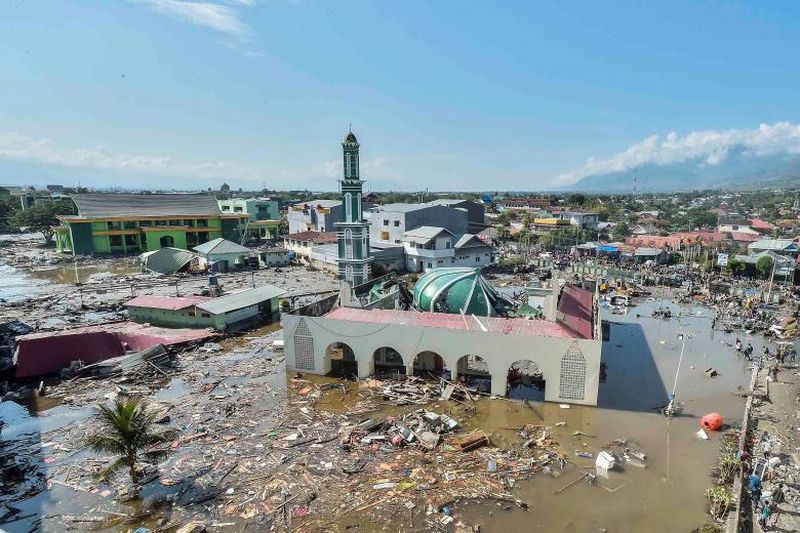 Sulawesi in the aftermath of a tsunami, image via Reuters

Our hearts go out to the people of Sulawesi and all of Indonesia after this weekend’s devastating earthquake and tsunami. Apple is donating $1 million to aid relief efforts as this beautiful country starts to rebuild.


Apple often accepts donations from iTunes customers for relief efforts on its website, in the App Store, and in the iTunes Store, but right now, Apple is continuing to collect customer donations for hurricane Florence relief efforts.

Why can’t you just accept the good deed. Boy is this place bitter and jaded.
Rating: 22 Votes

StellarVixen
Kudos, and thank you for your humanity.

There will be some who will ask "Why not one billion". Regardless, any help is welcome.
Rating: 14 Votes

Baymowe335
Before anyone says it’s not enough, remember 2 things:

[LIST=1]
* Apple is owned by the shareholders and has a fiduciary responsibility to maximize their value, not donate money. They don’t have to donate anything.
* $1M is still a lot of money.

I know they don't have to give at all but that seems like a pathetic amount. According to some sources, they make 5.3 million dollars every hour.
[doublepost=1538501232][/doublepost]

Who knew that $1 million is a pathetic amount.
Rating: 9 Votes

TheloniousMac
Hmmm... I sent 1.2% of my available cash.
Apple sent 0.00035% of theirs.
But their fraction will dwarf my fraction in the amount of help it does.
Rating: 7 Votes

These are corporations, not governments. They needn't give anything at all actually. You want to give Apple a million dollars of negative publicity over the issue? It's a positive thing to give money.

If this donation equals 0.01% of Apple profits for the week - maybe you can consider matching that percentage and donate as well?

Just some thoughts that come to mind when I hear someone putting a negative slant to philanthropy.
Rating: 6 Votes

Shareholders and the board question the donation and charity. no matter how big the company is shareholders refuse to give away free money to any cause. So this million is nothing more than a media headline for Apple just like anyone else who helps. Companies are existed to make money and maximize profits every year. charity is not part of their goals. But as humans we feel sad and angry by this humble contribution of the 1 trillion dollar company.

Exactly. And it's on macrumors to make everyone feel good about their buying choices. It's like they donated money for everyone here so they don't have to.

Except it is just a million. And as I pointed out individual people more than doubled what Apple donated last time this was on macrumors.

But phones over 1k dollars helped so out of the kindness of apple's hearts they could donate a entire million dollars.
Rating: 5 Votes

fumi2014
I know they don't have to give at all but that seems like a pathetic amount. According to some sources, they make 5.3 million dollars every hour.

Jimmy James
It does seem like a small amount but they’ve started giving to lots of meaningful issues both financially and by recognition. Tim has already taken the company a long way down an important road in this respect.
Rating: 4 Votes

MacWorld78
I'm saddened by this news 7.5 magnitude earthquake and subsequent tsunami that hit Indonesian. I feel so sorry for those people who lost their home, family, friends & pets.:(:(:(:(