The Intel XMM 7560 LTE modem in the iPhone XS and XS Max beats the Intel/Qualcomm modems in the iPhone X, but it isn't quite as fast as the X20 modem used in the Samsung Galaxy Note 9, according to data sourced from Cellular Insights and Ookla and shared by PCMag. 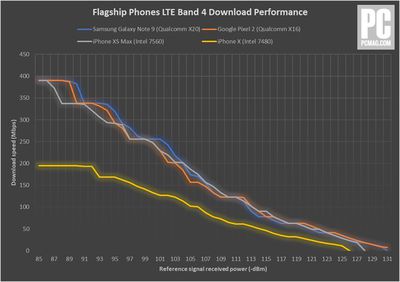 According to the data, in situations where there is strong signal, the 4x4 MIMO antennas in the iPhone XS and XS Max offer double the speeds compared to the iPhone X, and also help improve speeds in weak signal conditions. Compared to the Note 9 and the Pixel 2, the iPhone XS Max is a bit slower, but the difference is slimmer as signal gets weaker.

Real world testing pulled from Ookla speed test results also suggest the iPhone XS is a good deal faster than the iPhone X. On average, the iPhone XS offers 6.6Mb/s faster download speeds on all U.S. carriers, and even better performance on Canadian carriers with a 20.2Mb/s speed boost.

Despite the favorable results on these performance tests, many new iPhone XS and XS Max users have complained of LTE connectivity issues on the new devices. PCMag speculates that this is due to problems with the first versions of the iPhone XS firmware, which could be causing trouble with signal reception.

During testing, PCMag was unable to find "any issues in the hardware" that would explain negative experiences, suggesting problems people are experiencing can perhaps be fixed through a future software update.

yes3sir
The difference is too minimal to be reflected in real world use but still the Note won fair and square.
Score: 22 Votes (Like | Disagree)

Baymowe335
Looks like the iPhones and Note both performed well. The real world difference would likely be negligible in terms of speed.
Score: 19 Votes (Like | Disagree)

OldSchoolMacGuy
Difference so minimal you won't notice it at all in the real world. In fact, it's so small that you're likely to have enough impact in the real world that it could easily be the other way around with a Note 9 outside of a strict test environment.
Score: 18 Votes (Like | Disagree)

I've been saying my S9+ is faster than anyone of my families X. Doesn't matter using LTE or just moving among screens and apps.

You are conflating one type of speed for another. LTE is the only thing your S9 does faster than an XS/max. Or are you comparing a new Samsung against a year-old Apple?
Score: 16 Votes (Like | Disagree)

Apple_Robert
The sooner Apple can issue a iOS update to correct the signal problems many are having, the faster this forum can get back to complaining about other things.

As far as my usage goes, the iPhone XS Max is a winner.
Score: 14 Votes (Like | Disagree) 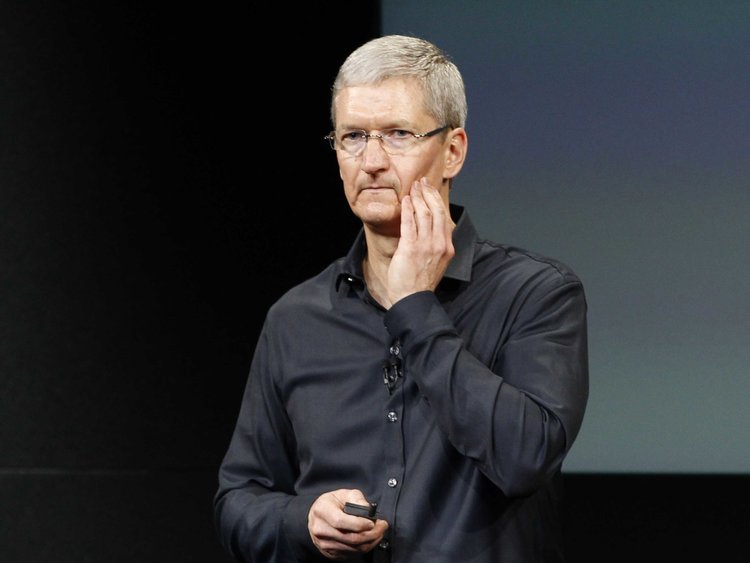 "I knew I forgot something about this new iPhone"
Score: 12 Votes (Like | Disagree)
Read All Comments