Apple customers in Australia and New Zealand are always the first to get their hands on new devices on launch day because of time zone differences, and the iPhone XS, XS Max, and Apple Watch Series 4 are no exception.

It's just after 8:00 a.m. in New Zealand, and customers who pre-ordered one of Apple's new devices are beginning to receive their shipments and have started sharing the first customer photos of the new device on Twitter, Instagram, reddit, and the MacRumors forums.

There are no Apple Stores in New Zealand, so customers in Australia will be the first to be able to purchase devices from an Apple retail location. Available stock in Australia should give us an idea of what we can expect in other retail stores as it rolls around to September 21 across the globe. 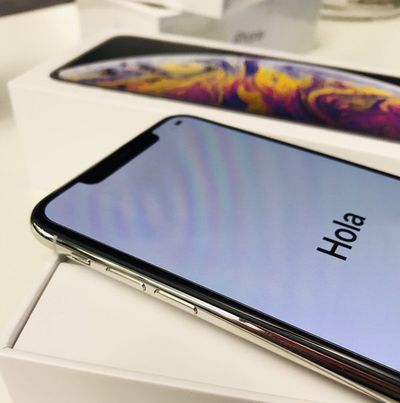 Image via Dan
Apple is likely to have stock available for walk-in customers at most of its retail locations around the world, but supplies of some devices, like the Apple Watch Series 4, could be limited. As always, customers hoping for a new device on launch day should try to get to the Apple Store early.

Other retailers, including carriers and big box stores, are stocking the iPhone XS, iPhone XS Max, and Apple Watch Series 4 and could also have some supply available for launch day purchase.

In the United States, the first new device deliveries will take place on the east coast starting at 8:00 a.m.

Make sure to stay tuned to MacRumors both tomorrow and throughout next week, because we'll have plenty of iPhone XS, XS Max, and Apple Watch Series 4 coverage to share.

MrGimper
Looking forward to comments from real people as opposed to reviewers and youtubers too scared to get kicked off The Apple List for saying anything un-revolutionary or un-courageous.
Score: 7 Votes (Like | Disagree)

Yet 95% of the iPhones I see in the wild are protected by a case, so I'm not really sure how important the color of any iPhone is since it's almost always hidden.

jclo
Any lucky New Zealanders or Australians who get an XS, XS Max, or Apple Watch Series 4, please share your thoughts! Going to be putting together a first impressions post with opinions of real customers :)
Score: 3 Votes (Like | Disagree)
Read All Comments