Apple today seeded the third beta of an upcoming macOS Mojave update to developers for testing purposes, two weeks after releasing the second beta and a month after introducing the software at the Worldwide Developers Conference.

macOS Mojave introduces a new method of installing software updates, so after you've installed the appropriate profile from the Apple Developer Center, additional betas can be downloaded clicking on the Apple in the menu bar, choosing "About This Mac" and clicking "Software Update." Alternatively, open System Preferences and choose the "Software Update" icon.


The macOS Mojave update brings a long-awaited systemwide Dark Mode, with Mojave users able to choose between a light theme or the new dark theme. Dark Mode is accompanied by Dynamic Desktops, aka wallpapers that subtly change throughout the day.

Stacks, a new Desktop organization system, keeps all of your desktop files neat and organized, while Finder has been enhanced with a Gallery View, a Sidebar, a revamped Quick Look option and Quick Actions, so you can do more in the Finder window than ever before.

Screenshots can now be edited using Markup tools, while Continuity camera, a new feature, allows you to import photos and document scans directly from the iPhone to the Mac. 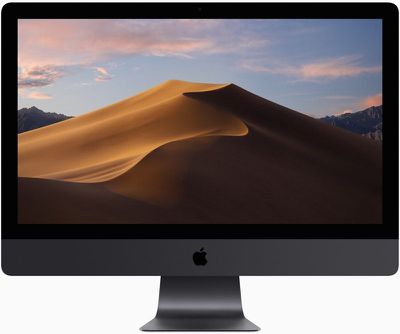 Apple News, Stocks, Home, and Voice Memos apps have been ported from iOS to macOS as part of a multiyear project Apple is working on to make it easier to bring iOS apps to Macs, and Apple has introduced several privacy protections to keep your data safer.

Apple is also making it harder for websites to track you with a range of new tools, plus there's an entirely revamped Mac App Store that makes it easier to discover apps.

Install and find out.

macOS has it built in already.
Score: 10 Votes (Like | Disagree)

ncrypt
Switching between light and dark mode is now super smooth. The UI fades between the two
[doublepost=1530656719][/doublepost]Dynamic wallpapers now have their own section within the wallpaper picker. The thumbnail showing the dynamic wallpaper has also changed

Quick questions for the ones who jump on it:
1. does safari still have issues forgetting logins?
2. have they fixed the white screen on the lock screen? There is always a white screen irrespective of which wallpaper you choose.

I was told by the official WebKit Twitter earlier that it's fixed in this beta.

mujtaba.mir
Quick questions for the ones who jump on it:
1. does safari still have issues forgetting logins?
2. have they fixed the white screen on the lock screen? There is always a white screen irrespective of which wallpaper you choose.

I’ve been usung the PB for a week now. I love it except for the bugs it has and that fact that it slowed down my computer which is noticeable(2017 13”MBP)

People are posting bugs and all. But... Why are people not talking about the beta slowing down performance!?

Is this common for betas(never used one before) which gets fixed in official release?

Yes. It's very common. There will be major slowdowns, lots of bugs, and plenty of missing or partially implemented features. That's the point of betas.
Score: 3 Votes (Like | Disagree)
Read All Comments