The equivalent integration remains in macOS High Sierra, but Reddit user Marc1199 has noted that Apple appears to have removed support for third-party accounts completely in macOS 10.14 Mojave. 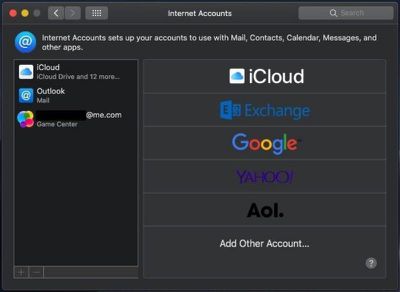 The removal means that third-party sharing options previously available in Notification Center and other native apps are no longer be available, at least in the latest beta of Apple's new macOS.

Dropping support for third-party social network accounts fits into Apple's vision of enhanced privacy protections in macOS 11.14 and iOS 12, both due to release in the fall. In the meantime, users running macOS High Sierra can remove lingering third-party accounts from their Macs with the help of our how-to guide.

So in Mojave Apple resolved my issue by not giving me option to integrate with FB at all lol
Score: 10 Votes (Like | Disagree)

mpConroe
I would rather have an option...
Score: 10 Votes (Like | Disagree)

velocityg4
I know privacy is their concern. Although I have no use for those services. They were completely optional. I don’t see a reason to drop easy automated integration. Just add a new warning like when using downloaded apps.

Which by the way I hate that they require an override. That requires accessing the security pane. Whose button you can’t click via some VPN apps. Makes remote IT support a pain.
Score: 9 Votes (Like | Disagree)

This isn't social media, it's a web site which also happens to have a forum for social discussion. The format and presentation between the two are distinctly different.

That and MacRumors doesn't follow me around the web everywhere I go.
Score: 7 Votes (Like | Disagree)
Read All Comments