This Monday, May 28 is Memorial Day in the United States, which commemorates individuals who died while serving in the armed forces. In an effort to honor the day, Apple CEO Tim Cook shared an image on Twitter this morning, explaining one way that the company will remember those we've lost in active military duty. 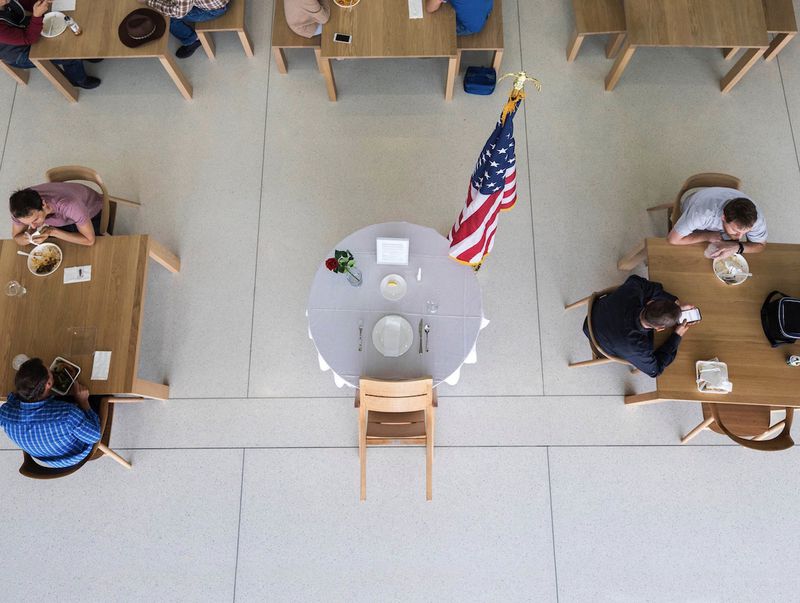 This week at Apple Park, a Remembrance Table honors the men and women of our armed forces who made the ultimate sacrifice in service to their country. They will never be forgotten. #MemorialDay pic.twitter.com/dobmWcLZcN — Tim Cook (@tim_cook) May 25, 2018

In Apple's latest campus, Apple Park, employees have set up what Cook describes as a "Remembrance Table," which he says "honors the men and women of our armed forces." The Remembrance Table has been set up in Caffè Macs at Apple Park, sitting among tables where Apple employees gather to eat their lunch and other meals.

For the federal holiday on Monday, Apple typically gives many of its corporate employees the day off, but some of its retail locations will remain open across the country. On Monday you'll be able to use Apple's Find a Store web tool to see if locations near you are open for the day.

lyngo
Say what you will about politics or the different divisive things that we go through in our world. This is a classy move at Apple and it's a nice gesture to see this effort being made.
Score: 28 Votes (Like | Disagree)

spazzcat
I can't believe how many "Happy Memorial Day" things I have seen this week, Memorial Day is not a happy holiday, but one for remembrance...
Score: 11 Votes (Like | Disagree)

Glockworkorange
I'm stunned Cook et al did something that might be viewed as patriotic or respectful to the military.
Score: 10 Votes (Like | Disagree)

The clubhouse where my HOA has their meetings has one setup year-round. Step up your game Apple.

Your lawn is 1/8" above the acceptable height. Please remedy ASAP or we will be forced to sell your children to Foxconn.
Score: 9 Votes (Like | Disagree)

Say what you will about politics or the different divisive things that we go through in our world. This is a classy move at Apple and it's a nice gesture to see this effort being made.

longofest
For those that don't get the rationale behind the table: https://en.wikipedia.org/wiki/Missing_man_table
Score: 6 Votes (Like | Disagree)
Read All Comments