eBay today announced "Interests," a new feature that tailors the iOS and Android app's shopping experience to your own personal passions, hobbies, and style. The company says that the feature is aimed at making it easier for you to find unique, interesting items you care about among eBay's vast assortment of inventory. 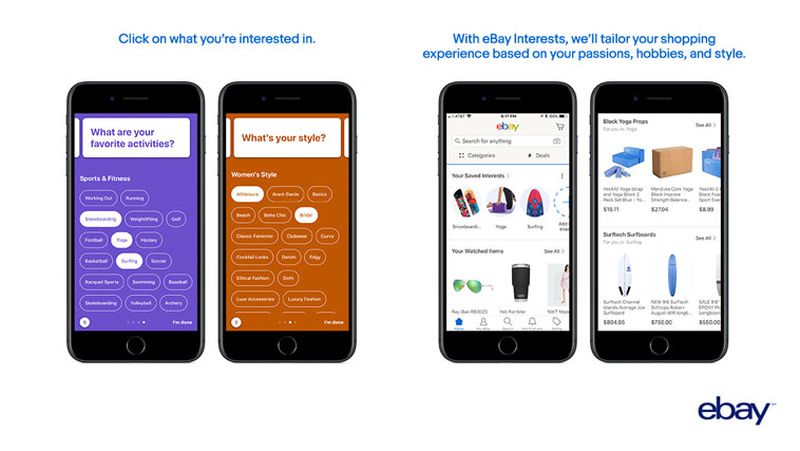 The backbone of Interests is a questionnaire eBay will begin asking shoppers, including topics like favorite activities and styles. Similar to Apple Music, you'll tap bubbles with the answers in them, and when done eBay will match the answers to your pre-existing browsing patterns. This data will be combined to curate "things you love - and things you didn't even know you might love."

In fact, eBay head of engagement Bradford Shellhammer says that the Interests questionnaire was directly influenced by Apple Music's bubble-based user interface (via Fast Company). In Apple's app, you tap genres and artists you like, double tap to love them, and hold to remove the ones you dislike. 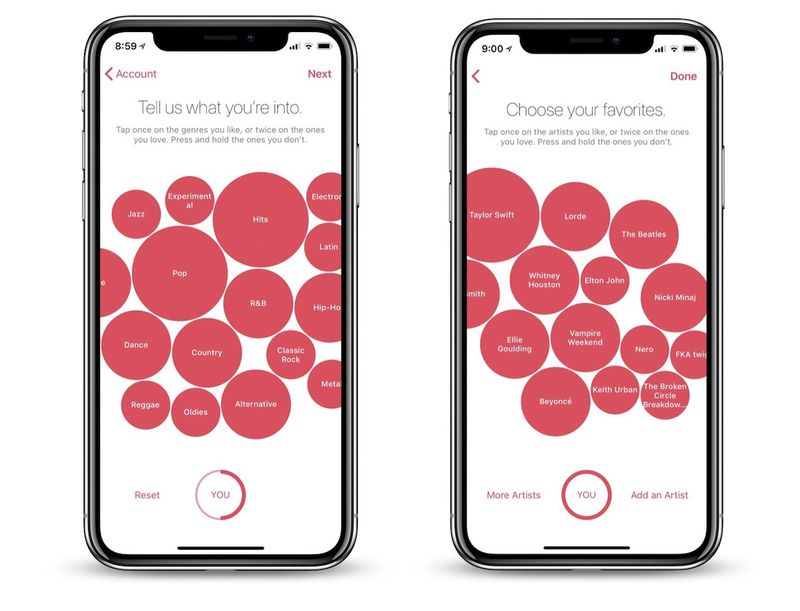 As he imagined what eBay could become, Shellhammer looked beyond the retail world to the music industry. For instance, Spotify’s “Discover Weekly” personalized playlists served as an inspiration for Interests. The Interests questionnaire was influenced by the questions Apple Music asks users in order to provide them with the best possible recommendations. “We want you to tell us what you like, let us look at your behavior, and get you into your own personal store,” he says.

eBay also divulged some numbers in its press release today, noting the site has 171 million active buyers worldwide, 80 percent of all merchandise sold on the site is new, and 88 percent of items sold are through Buy It Now, meaning that more people are avoiding bidding on the marketplace. In terms of mobile app usage on iOS and Android, 62 percent of the eBay platform involves users shopping and interacting with the site while on their smartphone.

eBay has been making a raft of improvements to its mobile apps in recent months, including a barcode scanning feature to greatly speed up the listing process and the ability to search for products with images. Amid all of the UI improvements and feature additions, eBay in February detailed plans to install Adyen as its new primary payments processor and slowly phase out PayPal.