Nokia has revealed plans to sell its digital health business back to the co-founder of Withings, the French health tracking company Nokia bought in 2016.

Finland-based Nokia originally acquired Withings for $192 million in an effort to re-establish a presence in the consumer electronics market, rebranding Withings' iOS-compatible smart connected home products as well as a range of health and fitness wearables. 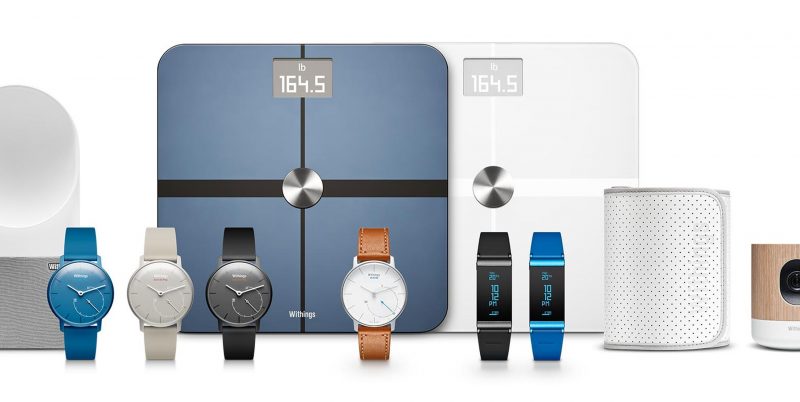 However, it looks as if the acquisition simply didn't pay off for the erstwhile mobile phone powerhouse. In 2017, the digital health division earned just $62.4 million in revenue, but the rest of the company posted sales of $27.9 billion. Now Nokia is handing back the business to Withings' co-founder, Éric Carreel. The sale will likely be at a significant loss, although the Nokia press release didn't mention figures:

Nokia announced a review of strategic options for the Digital Health business in February 2018. The planned sale is part of Nokia's honed focus on becoming a business-to-business and licensing company. The transaction is subject to terms agreed in the negotiations and completion of the information consultation with the Works Council of Nokia Technologies (France) SA., with the deal expected to close in late Q2 2018.

The announcement follows recent reports of layoffs from the company, as well as a leaked memo that revealed the digital health division was in a bad way with little prospect of turning things around. Then in October, Nokia announced a $164 million write-down of the division's assets. Google and Samsung were reportedly looking into taking the ailing health business off Nokia's hands, but today's announcement suggests nothing substantial came of the negotiations.

maflynn
Looks like Nokia is still trying to figure out what they want to do as a business.
Rating: 6 Votes

brucewayne
We bought the Thermo, BP Cuff and Smart scale before Nokia took over and they have worked almost flawlessly for years. The only problem we had was with their watch and Nokia support was useless for that.

Glad to see Withings take it back over
Rating: 5 Votes

LV426
Good. Now make your products so that they don’t require an ‘account’ to function, process highly personal medical information, and send the results in plain text email, like writing your medical history on a postcard.
Rating: 3 Votes

GadgetBen
Nokia are an absolute joke, we have the body scale and Nokia removed some of the key features of the scale and completely ruined the old Withings app when they took it over.

Nokia have no idea what they should be doing anymore.
Rating: 2 Votes

spazzcat
Good! Nokia has not don't a single good thing with Withings. The new app is a mess, and they broke old hardware for months at a time.
Rating: 2 Votes

honglong1976
That's great news. Back to the Withings brand. How frustrating for those who upgraded their Withings to Nokia branded goods only for them to revert back to Withings again.
Rating: 2 Votes

projectle
Hopefully they will return functionality that Nokia elected to remove from firmware (like most recently the removal of Pulse Wave Velocity from their high end Scale making it identical to the much cheaper model), or the blood pressure cuff’s variable second wait feature for people who don’t remember to sit down for 5 minutes beforehand like my wife to ensure an accurate reading, or ...
Rating: 2 Votes

ghost187
Nokia has done everything possible to ruin this brand, I hope Withings only paid pennies on the dollar.
Rating: 1 Votes

After being an original customer since the start. I have completely lost faith in this brand. They sold their souls once and will do it again. Selling users data to the highest bidder. Nokia still has all my years of data! and Withings now expects customers to keep with them. I used to own every product from them. now only have the BP band that I rarely use. I will pass thanks. New customers beware.


Interesting take. Personally I've always been very happy with Withings and was sad when they sold to Nokia, not because of my data but because of the fear that Nokia wouldn't innovate and eventually kill the products. Selling happens if the right offer comes along with every business. If you'd like, you can invoke your new GDPR rights and request that Nokia removes all personal data they hold on you once that goes live.
Rating: 1 Votes
[ Read All Comments ]