Flume, an Australian musician, is set to release two new documentaries called "Flume: When Everything Was New" and "Sleepless: The Story of Future Classic" on Apple Music on Friday, April 20. The two documentaries will delves into the history of Flume and his relationship with the Future Classic label.

Flume and Future Classic popularized well-known music genre future bass, which took off starting in 2016. Flume's first EP, released in 2011, was titled "Sleepless" and was followed by a self-titled album in November of 2012. In 2016, Flume released his latest album, "Skin." 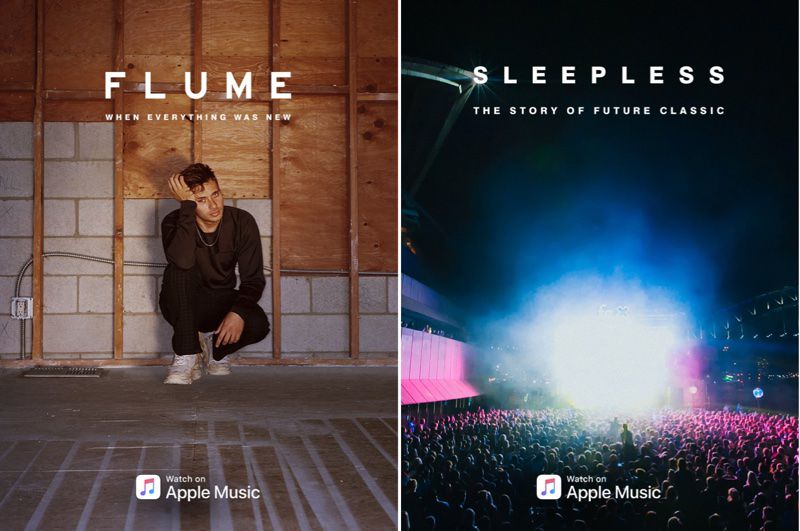 Over the course of his career, Flume has collaborated with artists like Kai, Beck, Little Dragon, Vic Mensa, and more, and remixed songs from artists that include Lorde, Sam Smith, Arcade Fire, and Disclosure.

Both of the two upcoming documentaries are Apple Music exclusives.

lunarworks
Flume is really good, I've known of him for a while from listening to the Australian radio network Triple J.

Didn't know the genre was called "future bass", though. There's too many sub-genres of everything to keep track of today.
Score: 3 Votes (Like | Disagree)
Read All Comments

Tuesday March 31, 2020 10:22 am PDT by Juli Clover
Apple has acquired weather app Dark Sky, Dark Sky's developers announced today. Dark Sky is one of the most popular weather apps on the App Store, known for its accuracy and storm warnings. Our goal has always been to provide the world with the best weather information possible, to help as many people as we can stay dry and safe, and to do so in a way that respects your privacy. There is no ...
Read Full Article • 204 comments