Apple's redesigned, modular Mac Pro aimed at professionals is set to launch in 2019, according to an update Apple recently provided to TechCrunch's Matthew Panzarino, who took a trip to the company's Cupertino campus.

The team responsible for revamping Apple's pro product efforts was there to provide updated details both on the Mac Pro and how Apple is shaping it to meet the needs of real professional users. 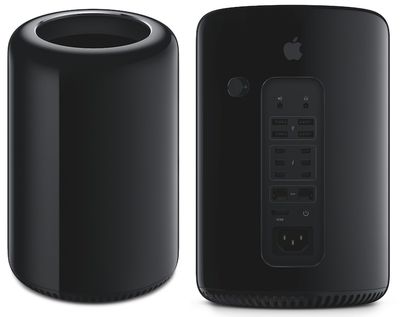 Panzarino was told in no uncertain terms that the Mac Pro will not be arriving before 2019 as the product is still in development. From Tom Boger:

"We want to be transparent and communicate openly with our pro community so we want them to know that the Mac Pro is a 2019 product. It's not something for this year." In addition to transparency for pro customers on an individual basis, there's also a larger fiscal reasoning behind it.

Apple wants customers to know that the Mac Pro isn't coming in 2018 so those who are planning to make a purchase decision for a pro machine like the iMac Pro won't hold off in the hopes of a Mac Pro materializing later in the year.

In the time since Apple announced major changes for the next-generation Mac Pro last year, it has put together a "Pro Workflow Team" led by John Ternus, where employees who focus on pro-level products all work together.

Apple has also been hiring award-winning artists and technicians in an effort to understand the real workflows that creative professionals use to better tailor its products to them. The individuals shoot real projects and then use Apple's hardware and software to find "sticking points that could cause frustration and friction" for pro users.

Apple's Pro Workflow Team finds and addresses the issues that come up, even down to tiny details like tweaking a graphics driver, and it's not just Apple's products that benefit - the company's employees are also working with third-party apps. From Tom Bogar, senior Mac marketing director:

"We've gone from just you know engineering Macs and software to actually engineering a workflow and really understanding from soup to nuts, every single stage of the process, where those bottlenecks are, where we can optimize that," says Bogar.

The Pro Workflow team, in addition to improving current Apple products, is also an essential part of Mac Pro development. Their work is "definitely influencing" what Apple's planning for, with Apple achieving a "much much much deeper understanding" of pro customers, their workflows, and their needs. This understanding is "really informing" the work Apple is doing on the Mac Pro," according to Bogar.

No details were provided on the shape of the Mac Pro or the internal components that it might include, but Apple is still planning on a modular machine, as announced last year, so plans have not changed. Apple back then said that it was "completely rethinking" the Mac Pro, and that it is "by definition" a modular system. Apple at the time also said a pro display was in development alongside the new machine.

A modular Mac Pro concept from Curved.de
Panzarino says we're not likely to hear any additional detail about the Mac Pro at WWDC in June, and that he expects Apple will keep quiet about the machine until next year.

Panzarino's full piece on Apple's efforts to tailor the Mac Pro and other pro-level products to meet professional needs, which goes into much greater detail, can be read over at TechCrunch.

Supermacguy
That's ****ing BS that they "still don't know how our users use our computers". What have they been doing for the last 9 years? Oh right, phones. It's a g**#amn shame they can't come to terms with Pro users' needs in a short amount of time and make that computer. How long have people on THIS MacRumors forum (specifically the Mac Pro section) be crying for a new cheesegrater/5,1 machine. A desktop computer isn't hard to design. The trashcan is trash and never should have been made. Pro's don't give a crap about desk space or how pretty it looks for the most part. Ports, easy expansion, long unit life, the ability to put new cards and multiple drives, preferably easy chip updates too. HOW CAN ANYONE AT APPLE NOT KNOW THIS?? BUILD A NEW 5,1 and we will buy it.
Score: 98 Votes (Like | Disagree)

ktecac
*Boardroom filled with Pro Workflow Team members, all thinking hard*
"Guys... get this... what if we let the customers... upgrade the RAM... themselves?"

Dilster3k
Bizarre to imagine the development gap in-between 2013 to 2019 for the pro users... Unacceptable.
Score: 85 Votes (Like | Disagree)

AZREOSpecialist
Teams are Cook's solution for everything. More layers, more people talking and not doing. What was wrong with the 2010 Mac Pro tower? Even today it would fit in well with Apple's lineup. It didn't need to redesign the damn thing in 2013, all it had to do was keep pace with current technology. Think about it... had Apple simply upgraded the tower with current components, we would have a competitive Mac Pro today with all available technologies, the latest Intel processors and the fastest RAM. But no... Apple has to figure out a way to throw way more money at something that shouldn't have been a problem in the first place.

moabal
What about the Mac Mini though?
Score: 84 Votes (Like | Disagree)

locovaca
Man, this sure read like a lot of marketing speak for “we still don’t know what to do with the Mac Pro”
Score: 69 Votes (Like | Disagree)
Read All Comments