Last week, Apple executives announced that the company is working on an updated Mac Pro that features a revamped modular design to accommodate regular component upgrades.

The launch of the new modular Mac Pro is at least a year away as development has just started, so we have no idea what the machine will look like when it's finished, but that hasn't stopped designers at CURVED/labs from dreaming up a conceptual design that includes a simple Mac mini-style box and a matching Apple-branded display. 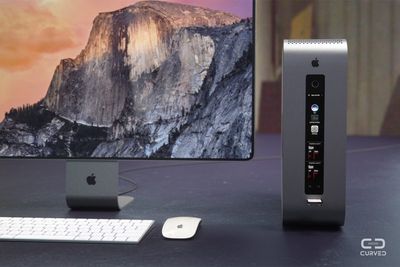 Holes on the top are designed to allow hot air to escape, and there are added features like a Touch ID power button, a Touch Bar for accessing information on included components, and USB-C, USB-A, and HDMI ports, along with a microphone and a headphone jack.

Accompanying the imagined Mac Pro is a revamped 27-inch Apple "Cinema Display" with ultra thin bezels, an iMac-style stand, and and USB-C ports at the back.

Again, this is in no way representative of what the finished Mac Pro might look like, but it does imagine features that are in line with what Apple executives have said about the Mac Pro so far. It's going to be a high-end high-throughput machine that will facilitate regular upgrades to meet the needs of Apple's pro user base. And given its modular nature, it will ship with an Apple-branded "pro" display.

Apple is in the process of "completely rethinking" the Mac Pro and execs say it will take "longer than this year" to finish. What that means is not entirely clear, but one rumor has suggested it might not launch until 2019. Apple has a dedicated team working on the machine, which will serve the company's "most demanding pro customers."

TimUSCA
These are always hilarious. They never look like something Apple would design because they're almost always based off of old designs that they aren't going back to. And that monitor would never even stand upright. It's like this designer doesn't know how gravity works... that, or they assume gorilla clue on the bottom of the base plate.
Score: 41 Votes (Like | Disagree)

jonnysods
It looks so small that it will have the same issues the trash can one has.
Score: 33 Votes (Like | Disagree)

redheeler
It looks like that would be a thermal nightmare. Nice work on the concept but it's not practical, just give us a more traditional tower form factor and we'll be happy.
Score: 30 Votes (Like | Disagree)

markfc
Too small for a modular Mac but great work
Score: 28 Votes (Like | Disagree)

What the hell is the obsession with size? I'd like to see a concept that shows the modular Mac Pro as big, or bigger, than the old cheese grater tower. 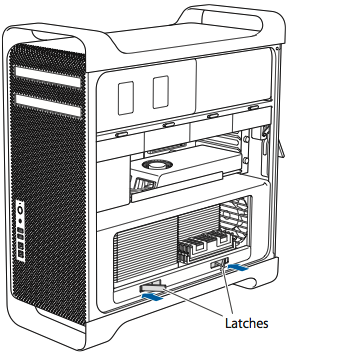