Apple Stores in Westchester and Charlotte Closing During Renovations [Updated]

Apple's retail store at The Westchester shopping mall in White Plains, New York is temporarily closing to allow for renovations to be completed. A store employee has confirmed the store will be closed starting May 6. 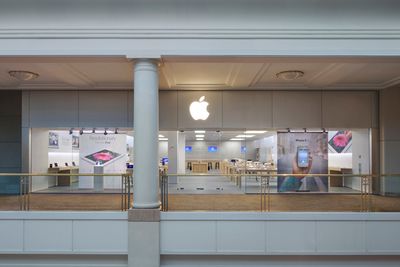 Apple Store at The Westchester in 2011
The location originally opened in September 2002, entirely before products like the iPhone, iPad, and Apple Watch, so it could benefit from some additional square footage to accommodate an increased number of products and customers.

The store should also receive a facelift in line with Apple's latest retail design, including large glass doors, large video screens for product marketing and in-store events, and sequoia wood shelves on the walls for accessories.

Apple has renovated dozens of its stores worldwide since 2015, when the new design was introduced. Newer stores like Apple Union Square and Apple World Trade Center have also incorporated the refreshed aesthetic.

Apple Store at Westfield World Trade Center
Apple The Westchester joins the following other stores that are currently being or will soon be renovated in the United States:

White Plains is roughly 20 miles north of Manhattan in Westchester County. Apple directs customers to its store list to find another location, suggesting it won't have a temporary store at The Westchester during renovations.