Japan Display is planning to raise $517 million through third-party share allocations and asset sales so it will have the funds to supply LCD screens for new iPhones, reports Nikkei.

Last year, Japan Display lost business because of Apple's shift to OLED, so the company sought partnerships to begin producing OLED displays, but with Apple planning to continue to use LCDs for some devices, Japan Display is in need of working capital to purchase inventory and to begin production on the LCDs Apple now needs. 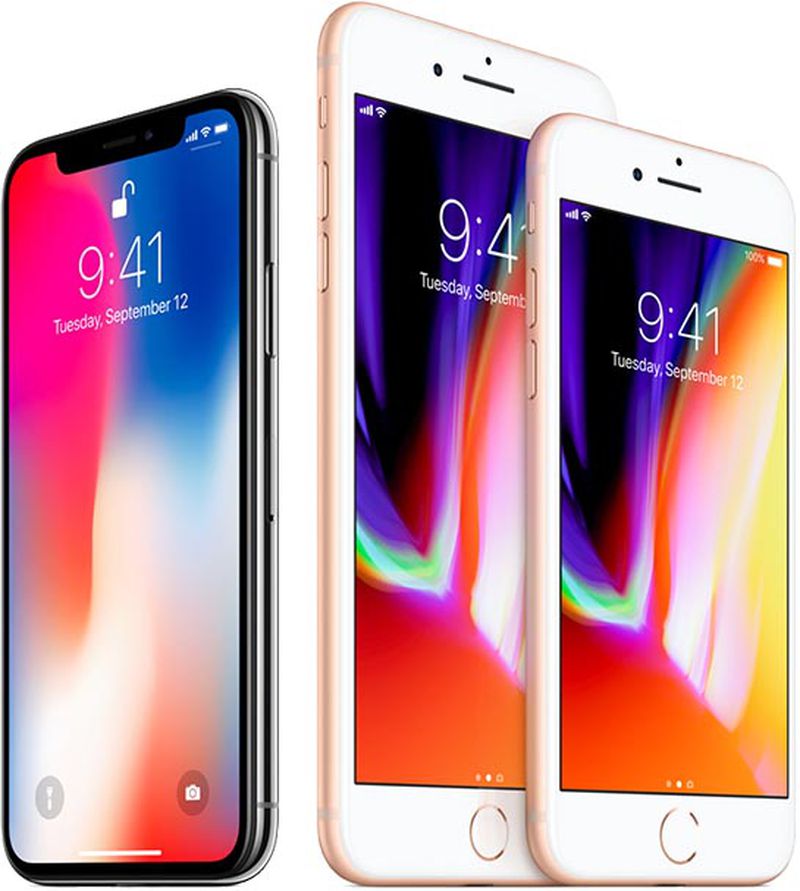 Rumors have suggested Apple is planning on introducing two OLED iPhones (5.8 and 6.5 inches) and one 6.1-inch LCD iPhone next year, with the LCD device to be positioned as a low-cost option alongside the two more expensive OLED devices.

With Japan Display again planning to invest in LCDs, it could be in trouble in the future should Apple opt to abandon LCD technology for OLED technology entirely, says Nikkei.

Expecting the U.S. tech company to keep shifting toward OLEDs, the supplier began exploring capital partnerships to obtain the massive funds necessary to invest in producing the advanced tech.

However, the iPhone X has proven a flop, and Apple appears to be sticking with LCDs for some models due out this fall, leaving Japan Display in need of working capital to secure inventory and production capacity to supply those screens.

Previous rumors have suggested Apple is interested in Japan Display's Full Active LCDs, which are said to match or exceed some of the advantages of OLED at a lower cost.

Full Active panels have a smaller bezel around the screen than traditional LCDs and they have enough flex that they can be used in curved or angled designs.

All three of Apple's rumored 2018 iPhones are expected to adopt full-screen designs with minimal bezels, much like the iPhone X. The Home button will be eliminated in each, with Apple adopting Face ID across its 2018 iPhone lineup.

yanksfan114
"However, the iPhone X has proven a flop"

GrumpyMom
The iPhone X officially flopped? By what measure? Its notchy design spawned an entire generation of Android clones, much to my dismay as someone who also appreciates Android hardware for its differences from iPhones.

I had an X and I don’t think Apple got the best OLED displays Samsung is capable of making. I don’t know if it was Apple’s specifications at fault or something Samsung did, but the pwm flicker did my eyes in. And I saw some ugly variances in display color temperature and quality among different X’s. Owning the refined S9+, I know OLED quality doesn’t have to be that varied anymore. Every S9+ I’ve seen so far has been uniformly excellent and without the weird flaws I noticed when the S8’s were first released. Nor does OLED have to cause migraines and eye strain.

I don’t plan to get one, but I do hope the next generation of IPhones get some spectacular displays that truly show off the best that their respective technologies are capable of.

And even though I personally didn’t get along with it, nor the cost, I find it hard to believe the X flopped. I think people are just holding onto their phones longer. A lot of people I talked to don’t want to give up their 6 and 6s models because it means giving up the headphone jack. Those are excellent phones and with new batteries in them, many owners I chatted with seem quite happy.
Rating: 7 Votes

Spock
All I read was the home button will be iliminated, it’s just my opinion and it’s a strange one to have I guess but if I can’t get an iPhone with a home button then my iPhone 8 better last me a while. I love the home button and Touch ID
Rating: 5 Votes

chfilm
It’s sad that the iPhone X doesn’t receive the appreciation by buyers that it deserves. It’s a truly amazing iPhone!
But then again I’m glad that it flopped, hopefully forcing Apple to bring that ridiculous price down again!!!
Rating: 5 Votes

* Apple had to slow down production of the X after sales didn't meet expectations. They scaled back their orders for OLED displays from Samsung after previously making Samsung expand their OLED production capabilities.

We’ve read the rumors. But they’re completely at odds with the facts.

That doesn’t sound like a company that is incapable of estimating their demand and needs to scale back orders. That’s a company that nailed their sales projections and knows exactly how many displays they need.

There’s always a production cut in the second quarter, since sales are much, much higher in the Oct-Dec quarter vs the Jan-Mar quarter. That’s true every year, and is well known. Completely expected; iPhone sales are highly seasonal. In FY2017 for example, Apple’s FY1Q iPhone revenue dropped from $54 billion to $33 billion in FY2Q.

So what’s important is the magnitude of the production cuts. It could very well be that they’re lower than last year, i.e. X sales might actually be holding up better than did iPhone 7 sales.

mtneer
This seems so counterintuitive. If OLED is going to be the technology of the future, why on earth is Japan Display investing $500+ million in previous generation LCD technology lines? If they had been Apple's LCD supplier in the past, they ought to have the technology and capacity to keep LCD production going. In fact I would have expected them to invest this money in OLED research.
Rating: 4 Votes

Why does a company need to raise money when they are supposed to get paid from Apple?

They would get paid in full, after they supply and to get the supply going, they need working capital. Thus the money requirement.
Rating: 4 Votes

This seems so counterintuitive. If OLED is going to be the technology of the future, why on earth is Japan Display investing $500+ million in previous generation LCD technology lines? If they had been Apple's LCD supplier in the past, they ought to have the technology and capacity to keep LCD production going. In fact I would have expected them to invest this money in OLED research.


It’s counterintuitive because few people expected the relatively poor sales of iPhone X. Back in December and January, every one of Apple’s suppliers in Taiwan and Korea had their stock prices drop after the disappointing projections.

People here still don’t understand that Apple’s reported 13% increase in revenue is below expectations. It’s +13% compared to the iPhone 7 launch. iPhone X is a 10-year refresh for Apple. It was supposed to be a Big Bang that would last for the next several quarters.

In 2017, in anticipation of iPhone X, JDI borrowed $897 million and restructured their entire company and production lines to emphasize OLED. They laid off a whole bunch of people with LCD experience.

With the 6.1” mainstream model, Apple is clearly betting on LCD again. Easy for Apple but tough on suppliers. iPhone X was supposed to cascade down to $899 which would maintain OLED demand. Instead, Apple is heading back to LCD after seeing iPhone X numbers. It’s a WTF moment for JDI.
Rating: 4 Votes

Onexy
Why does a company need to raise money when they are supposed to get paid from Apple?
Rating: 3 Votes

PickUrPoison
Nikkei doubling down on their flop nonsense.
Rating: 2 Votes
[ Read All Comments ]