California is preparing to join several other states with a new Right to Repair bill, which will require smartphone manufacturers to provide repair information, replacement parts, and diagnostic tools to product owners and independent repair shops.

California Assemblymember Susan Talamantes Eggman this afternoon announced plans to introduce the new California Right to Repair Act. Eggman says the bill will provide consumers with the freedom to choose a repair shop of their choice. 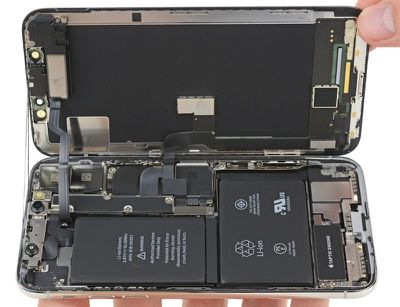 "The Right to Repair Act will provide consumers with the freedom to have their electronic products and appliances fixed by a repair shop or service provider of their choice, a practice that was taken for granted a generation ago but is now becoming increasingly rare in a world of planned obsolescence," Eggman said.

Mark Murray, Executive Director of Californians Against Waste said smartphone manufacturers and home appliance makers are "profiting at the expense of our environment and our pocketbooks" while Kit Walsh, Senior Staff Attorney at the Electronic Frontier Foundation, said the new bill is "critical to protect independent repair shops and a competitive market for repair," which will lead to "better service and lower prices."

Several states began introducing Right to Repair legislation early last year, and the Right to Repair movement has continued on since then, spurred by Apple's iPhone throttling controversy.

Since last year, Apple has been lobbying against Right to Repair bills in various states, as have several other technology companies. In Nebraska, for example, Apple said approving Right to Repair would turn the state into a "mecca for bad actors" making it "easy for hackers to relocate to Nebraska." Other arguments from tech companies and appliance manufacturers have suggested Right to Repair bills would compromise device security and safety.

In California specifically, the Right to Repair bill is particularly interesting because as Motherboard points out, there are strong repairability laws already in place. California Civil Code Section 1793.03 states that companies must offer parts for repair for at least seven years after a product is released, which is why on Apple's vintage and obsolete products list, it lists California as the sole state where consumers can continue to get repairs on vintage products.

Apple's current flagship iPhone, the iPhone X, earned a repairability score of 6 from repair site iFixit. Repairs on the device require a special Apple-specific screw driver, delicate cables are often in the way and are difficult to replace, and Apple's waterproofing makes repairs complicated. Other Apple products, like MacBooks, have much lower repairability scores.

I love advances in tech as much as anyone but I feel like we’re too disposable these days. My parents would repair anything we had if it broke but these days most people just throw away and replace broken electronics. It’s so wasteful.
Score: 44 Votes (Like | Disagree)

Appleaker
This is great news (unless your Apple), and something I hope continues. I can understand Apples point of view but on a somewhat separate note, they are charging an over the top Apple premium for not only (some) products but essentially all repairs.
Score: 40 Votes (Like | Disagree)

CylonGlitch
Ok, so who is responsible for devices that are "repaired" by third parties who in turn mess them up? At one point or another I have repaired every Phone up through the Phone 6. Usually because myself or my kids broke the screen. I have never had problems getting cheap parts from Amazon, nor any problem with screwdrivers or even replacement screws. BUT the repairs are NOT for the faint of heart, it is tricky, takes time and practice. I happen to have skills in this area so it doesn't bother me; but I wouldn't want to see someone just try and wing it, likely they'll break things worse.

The reality is, Apple's fee for most repairs is not that bad, typically about $100.
Score: 33 Votes (Like | Disagree)

Okay so have the right but 'void the warranty'?

yep but if warranty still in effect why would one repair themselves?
Score: 28 Votes (Like | Disagree)

Okay so I have the right to repair. I try to repair and damage the device further without knowing. What then? Crazy slippery slope.

one can already repair their car, their dishwasher, their xbox, their computer, etc all with OEM parts..... same risks

phones shouldn't be any different
Score: 21 Votes (Like | Disagree)

zahuh
Okay so I have the right to repair. I try to repair and damage the device further without knowing. What then? Crazy slippery slope.
Score: 18 Votes (Like | Disagree)
Read All Comments