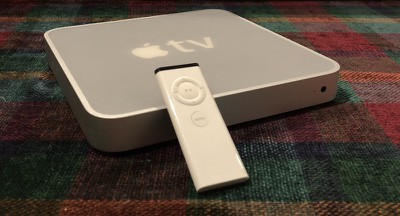 Beginning on 2018-05-25, Apple will introduce security changes that prevent Apple TV (1st generation) from using the iTunes Store. This device is an obsolete Apple product and will not be updated to support these security changes.

Apple notes that second-generation and later Apple TV models will continue to work with the iTunes Store.

As for PC users, Apple notes that machines running Windows XP or Vista are no longer supported by Microsoft and are unable to use the latest versions of iTunes, as iTunes 12 requires Windows 7 or later. With the upcoming changes, users running these older versions of Windows and iTunes won't be able to make new purchases or redownload previous purchases from the iTunes Store.

Vista? Even Microsoft hopes everyone forgets that debacle.

I enjoyed and had no issues with Vista in the years that I used it.
Score: 19 Votes (Like | Disagree)

itsGrant
I'm kind of surprised its still able to be accessed on the original Apple TV.
Score: 14 Votes (Like | Disagree)

2010mini
Vista? Even Microsoft hopes everyone forgets that debacle.
Score: 14 Votes (Like | Disagree)

This is dumb. What's wrong with letting iTunes function on XP and Vista? I mean, I don't use those OS's, but I see no reason to prevent them from accessing the iTunes store. And who is Apple to tell people they can't use their old Apple TV's anymore? I mean, those old ones are total crap; but still, if people want to use them then they should have every right to do so.

Did you read the article?
Score: 13 Votes (Like | Disagree)

saulinpa
Good thing no one builds Apple TVs into an actual TV. Hate to think you can't use your TV because it is deemed "obsolete."
Score: 12 Votes (Like | Disagree)

Good thing no one builds Apple TVs into an actual TV. Hate to think you can't use your TV because it is deemed "obsolete."

This is literally every Smart TV being sold right now.
Score: 11 Votes (Like | Disagree)
Read All Comments

Tuesday May 11, 2021 11:56 am PDT by Joe Rossignol
Last month, Apple introduced a new iPad Pro with the same M1 chip found in the latest Macs, and early benchmark results indicate that the M1 iPad Pro is over 50% faster than the previous-generation iPad Pro. Based on five legitimate Geekbench 5 results (here's the fifth) for the fifth-generation 12.9-inch iPad Pro with the M1 chip, the device has average single-core and multi-core scores of...
Read Full Article • 186 comments