AppleCare+ for HomePod Will Cost $39

The HomePod, set to be released on February 9, will be eligible for an AppleCare+ protection plan like all of Apple's devices. 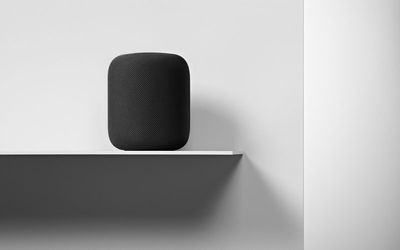 The AppleCare+ coverage will provide support for two incidents of accidental damage, each subject to a $39 service fee. Accidental damage includes damage done to the HomePod by the user - repairs for manufacturing issues will be free.

AppleCare+ for HomePod will likely be available for purchase this Friday, right alongside the HomePod. Apple plans to begin accepting orders for the device on January 26, with an official launch to follow two weeks later on February 9.

Pandaboots
I wish Apple would just warranty everything for 2 years standard instead of nickle and diming. Their 250 billion cash hoard can handle the x% of defective devices.
Score: 25 Votes (Like | Disagree)

Less than 1/4 the features of the Amazon Echo/Google Home at 5 times the price, where do I sign up!

You know this for listening to music, right?
Score: 10 Votes (Like | Disagree)

Less than 1/4 the features of the Amazon Echo/Google Home at 5 times the price, where do I sign up!

Care to explain how it has less features when it's suppose to be far better for playing good sound?
Score: 10 Votes (Like | Disagree)

ericgtr12
Less than 1/4 the features of the Amazon Echo/Google Home at 5 times the price, where do I sign up!
Score: 9 Votes (Like | Disagree)

ZipZap
Why would anyone need AC+ for this device.
Score: 7 Votes (Like | Disagree)

Aluminum213
Will Siri suddenly not be garbage?
Score: 7 Votes (Like | Disagree)
Read All Comments