Apple today released a new update for tvOS 11, the operating system designed to run on fourth and fifth-generation Apple TV models. tvOS 11.2.5 comes more than a month after the release of tvOS 11.2.1, an update that introduced a fix for a HomeKit bug.

tvOS 11.2.5 can be downloaded over the air through the Settings app on the Apple TV by going to System -> Software Update. Apple TV owners who have automatic software updates turned on will be upgraded to the tvOS 11.2.5 automatically. 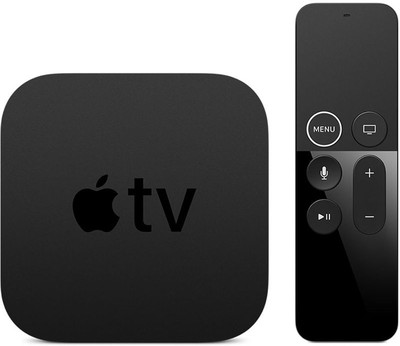 As a minor 11.x.x update tvOS 11.2.5 focuses on performance improvements and bug fixes to address issues that were discovered following the release of tvOS 11.2 and tvOS 11.2.1.

During the beta testing process, no major outward-facing changes were discovered and Apple does not typically provide detailed release notes for tvOS 11.2.5, but security fixes will be listed in Apple's Security Updates support document.

Rod410
How about releasing an update that fixes me having to log back into apps every other day.
Score: 3 Votes (Like | Disagree)

cbird007
I know this was a minor update, but i’d really like Dolby Atmos support in the near future.
Score: 2 Votes (Like | Disagree)

RoboCop001
I hope stupid Netflix starts integrating with the TV app's Up Next. I've actually been watching less Netflix because of this. Totally forgot about the new season of a TV show because it doesn't integrate. So, Netflix wants people to use their app more by not integrating with Up Next, well for me it's had the opposite effect lol.

Hopefully Crunchyroll too. I heard (perhaps incorrectly) that it does integrate in some countries, but not in Canada?
Score: 1 Votes (Like | Disagree)

Bogies4
I hope the next update includes an update to the Dolby Video profile so those with Sony 4K TV can finally take advantage of all the DV movies I have on iTunes
Score: 1 Votes (Like | Disagree)
Read All Comments

Thursday June 4, 2020 10:07 am PDT by Juli Clover
We still have a few months to go before Apple unveils the iPhone 12, but rumors about the iPhone 13, coming in fall 2021, are already circulating. Japanese site Mac Otakara today shared a rough 3D printed mockup of a 5.5-inch iPhone said to be coming in 2021, which is from "Alibaba sources." The model may be built on leaked specifications and rumors, but where the info comes from is unclear. ...
Read Full Article • 92 comments