In a speech given at the groundbreaking of the warehouse, which is located near the company's Reno data center, Cook said the data center is a key component in the ecosystem that provides billions of iMessages, photos, and FaceTime calls to customers around the world each day.

Breaking ground in Reno today with @GovSandoval & @MayorSchieve as part of our data center expansion plan, one of many Apple initiatives which will contribute $350 billion to the U.S. economy and create 20,000 new jobs over the next 5 years. pic.twitter.com/g40dlHsxuC — Tim Cook (@tim_cook) January 17, 2018

"We've invested $1.6 billion in the region today and over the course of the next six years, we intend to invest an additional $1 billion," said Cook.

"Reno plays an incredibly important role in the products and services that we provide our customers worldwide. Without the data center here, none of this would be possible."

Apple's presence in Reno kicked off in 2012 with the construction of its data center. As part of that deal Apple was required to build a facility in the downtown Reno tourism improvement district, hence the warehouse.

Apple plans to use the upcoming Reno, Nevada warehouse to move equipment to the data center, which Apple allowed the Reno Gazette-Journal to tour today following Cook's speech. 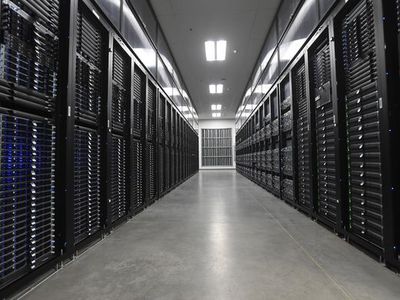 Apple's presence in Reno kicked off in 2012 with the construction of its data center. As part of that deal Apple was required to build a facility in the downtown Reno tourism improvement district, hence the warehouse.

A data center in the hottest state in America? Great news for air conditioning suppliers.

Much easier to cool a hot and dry climate compared to a hot and humid climate like Texas or Florida. Plus Reno is at an elevation of 4500 feet, so it's not as hot as you think.
Score: 7 Votes (Like | Disagree)

A data center in the hottest state in America? Great news for air conditioning suppliers.

Lots of sun for solar panels. It's a great location.
Score: 6 Votes (Like | Disagree)