Apple today has added refurbished 10.5-inch iPad Pro models to its online store for the first time in the United States and Canada. 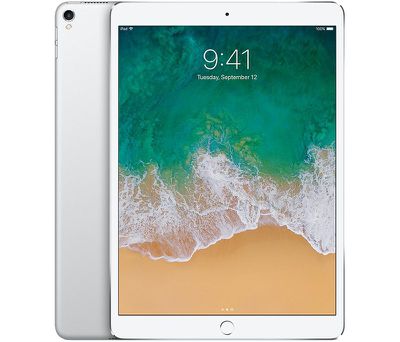 There are currently around 20 configurations available to choose from, including Wi-Fi and Wi-Fi + Cellular variants, with prices reduced by around 15 percent compared to what Apple charges for brand new models. As usual, supply is limited, so be quick to place an order if you are interested.

Apple says its refurbished products are thoroughly inspected, tested, cleaned, and repackaged with a new white box and all manuals and accessories. Apple also installs a new battery and replaces the outer shell, making it nearly impossible to distinguish between a refurbished and brand new iPad Pro.

All refurbished iPad Pro models come with Apple's standard one-year warranty effective on the date the tablet is delivered. The warranty can be extended to up to two years from the original purchase date with AppleCare+ for iPad, at a cost of $99 for all 10.5-inch iPad Pro models in the United States.

Apple introduced the 10.5-inch iPad Pro in June 2017. The device is only slightly larger than the 9.7-inch iPad Pro it replaced, but the size and weight difference is hardly noticeable, given Apple was able to make the display around 20 percent larger by significantly reducing the size of the tablet's bezels.

Subscribe to MacRumors on YouTube
The 10.5-inch iPad Pro is powered by Apple's A10X Fusion chip and features a 12-megapixel rear camera, a 120Hz refresh rate, Touch ID, four speakers, and a Lightning connector with USB 3.0 transfer speeds and fast charging capabilities. Apple advertises battery life of up to 10 hours per charge.

It's worth noting that Best Buy and other Apple resellers frequently discount brand new 10.5-inch iPad Pro models by around 15 percent, including Micro Center right now. Keep an eye on our Apple Deals roundup for other sales.

radiology
I REALLY love mine, but it will NEVER (again, NEVER) replace my MacBook pro.
Score: 12 Votes (Like | Disagree)

Glmnet1
I used to think refurbished were the best deals you could get on Apple products, at least here in Canada. I recently realized the best deal is actually to buy it the day it's released, at least if you plan to use them until they are obsolete.

FightTheFuture
64GB version $500 at Microcenter if you have one near you.

Wow! Whoever picked up the 10.5 iPP at target for $499 just before Christmas scored a great deal

Plus an additional 5%if you have a target red card
Score: 4 Votes (Like | Disagree)

BenTrovato
Wow! Whoever picked up the 10.5 iPP at target for $499 just before Christmas scored a great deal
Score: 4 Votes (Like | Disagree)

I used to think refurbished were the best deals you could get on Apple products, at least here in Canada. I recently realized the best deal is actually to buy it the day it's released, at least if you plan to use them until they are obsolete.

The 5 years starts after they stop selling the device, so as long as it's still manufactured by Apple, they support it for 5 years. So if you buy only current devices as refurbished, you get at least 5 years support.
Score: 2 Votes (Like | Disagree)
Read All Comments