YouTube is testing a new Community feature called Reels, which was announced today in a blog post covering a expansion of the Community tab. As explained by YouTube, Reels is YouTube's answer to the popular "stories" format that's available on Instagram and Snapchat. 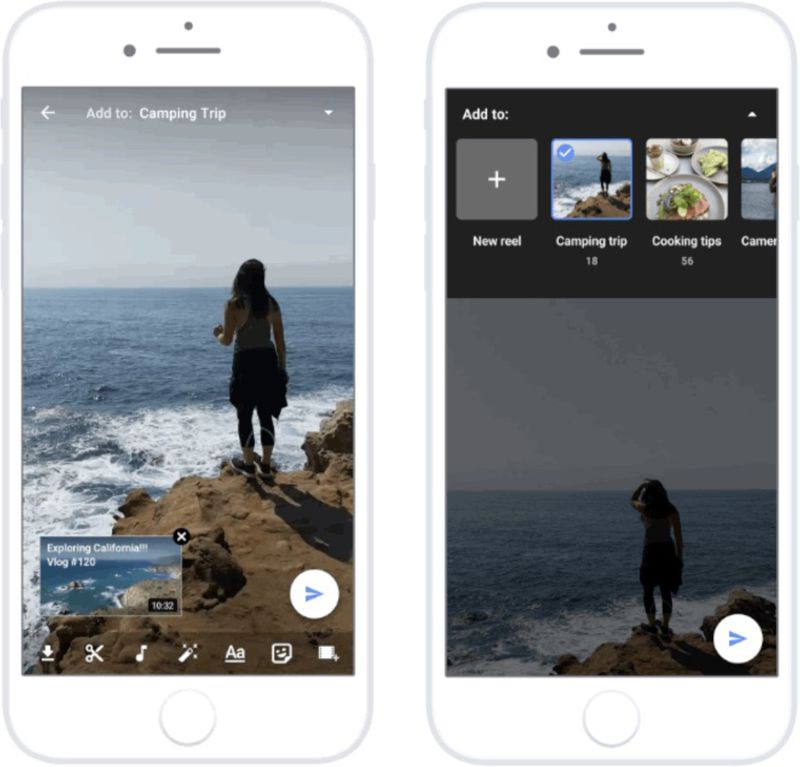 We want to do even more to give you easy ways to express yourself and engage with fans, so today we're also unveiling a new feature. Reels are YouTube's spin on the popular "stories" format, but designed specifically for YouTube creators. We learned that you want the flexibility to create multiple Reels and have them not expire, so we'll give you those options. We're also bringing creator-focused features like linking to YouTube videos and YouTube-y stickers.

YouTube gave TechCrunch more information on Reels, and explained that it's meant to be a way for creators to express themselves and engage fans without the need to upload an entire video.

Reels will consist of a few quick mobile videos that are up to 30 seconds in length, which can be edited with filters, music, text, stickers, and more.

Unlike the stories features on other social media networks, Reels will not expire, and instead of being featured at the top of the YouTube app, they'll be available in a dedicated tab on the creator's channel.

YouTube plans to roll out Reels as a beta feature to "learn and improve the product" before rolling it out to all YouTube creators.

Smartass
"Oh so you want to listen to YouTube while the app is in background? Well that's too effin bad, here's a new useless social app!"

Cameroncafe10a
Why must every single major app be turned into a snapchat clone (see: Skype)
Score: 2 Votes (Like | Disagree)

instead of being featured at the top of the YouTube app, they'll be available in a dedicated tab on the creator's channel.

Well, good luck with that. I wonder how many people enjoy videos on youtube actually pay any attention to the tabs on the creator's channel?
Score: 1 Votes (Like | Disagree)
Read All Comments

Wednesday April 1, 2020 2:45 pm PDT by Juli Clover
Apple in March updated both the MacBook Air and the iPad Pro, and with the iPad Pro increasingly positioned as a computer replacement, we thought we'd compare both new machines to see how they measure up and which one might be a better buy depending on user needs. Subscribe to the MacRumors YouTube channel for more videos. We're comparing the base model 12.9-inch iPad Pro and the base model...
Read Full Article • 56 comments