The iOS 11.1.2 update can be downloaded for free on all eligible devices over-the-air in the Settings app. To access the update, go to Settings --> General --> Software Update. 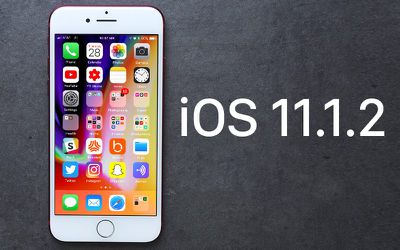 The iOS 11.1.2 update addresses bugs and issues that have been discovered since the release of iOS 11.1.1. According to Apple's release notes, the update addresses a bug that caused some iPhone X displays to become temporarily unresponsive when exposed to cold temperatures.

iOS 11.1.2 comes as Apple works on the iOS 11.2 update, which introduces Apple Pay Cash, support for faster 7.5W wireless charging on iPhone X, 8, and 8 Plus, and several bug fixes and minor interface tweaks.

For more on iOS 11 and its updates, make sure to check out our iOS 11 roundup.

ugahairydawgs
Got to give them credit....they are churning out updates at a pretty high clip these days to try and squash as many of these big bugs as possible.
Score: 28 Votes (Like | Disagree)

MagMan1979
Quite hysterical that people on the Android side whine and complain about the LACK of updates, yet here we are in iOS land, with updates quick and plenty to make things better, and most of you are whining about it!

synergize
Idaho here, installed and tested by placing the X in the refrigerator, it works, but it made me make a sandwich!
Score: 10 Votes (Like | Disagree)

Glideslope
Remember the good old days when you were safe with a .1 release? :apple:
Score: 9 Votes (Like | Disagree)

willnpc
Hard to believe this wasn't tested and known about before shipment... wonder what else they know that might go wrong in the near future
Score: 9 Votes (Like | Disagree)

Go to Android. I got 1 update in 3 years with my Note and a TON of stuff was broken.
Score: 8 Votes (Like | Disagree)
Read All Comments