Apple today announced it will be opening a new store at Domain Northside in Austin, Texas on Saturday, November 11 at 10:00 a.m. local time. 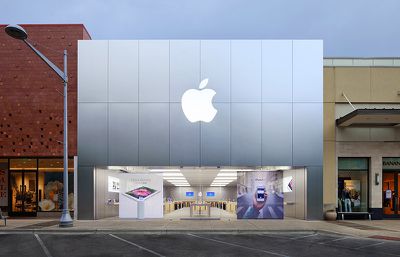 Domain Northside is a new shopping and dining district of The Domain, an upscale outdoor shopping center in northern Austin. The first of more than 70 stores and restaurants at Domain Northside opened in 2016.

All of Apple's stores opened since September 2015 have been based on the updated aesthetic. Apple has also renovated or relocated nearly 50 existing stores around the world as part of the modernization of its retail chain.

WWPD
I frequent this Apple store, it's extremely busy. I hope the new one is larger..the Microsoft store in the same shopping area is a nice place to relax and enjoy some peace and quiet. :)
Score: 5 Votes (Like | Disagree)

I frequent this Apple store, it's extremely busy. I hope the new one is larger..the Microsoft store in the same shopping area is a nice place to relax and enjoy some peace and quiet. :)

There are in fact usually more Microsoft employees inside than customers.
Score: 2 Votes (Like | Disagree)

I frequent this Apple store, it's extremely busy. I hope the new one is larger..the Microsoft store in the same shopping area is a nice place to relax and enjoy some peace and quiet. :)

I just bought my 8+ there two weeks ago. The current location is a great spot, but man that place is always packed. Hopefully, the size and flow are better at the new spot. Will have to stop in over the weekend...
Score: 1 Votes (Like | Disagree)
Read All Comments

Apple Watch Owners With UnitedHealthcare Can Earn Awards for Being Active