HBO recently announced a new TV project in the works by director Steven Soderbergh called "Mosaic." The show will air as a six-part linear narrative in early 2018, but in addition to the traditional distribution, HBO is launching an app where viewers can watch the show, make decisions, and help shape the outcome of certain events (via The Verge). 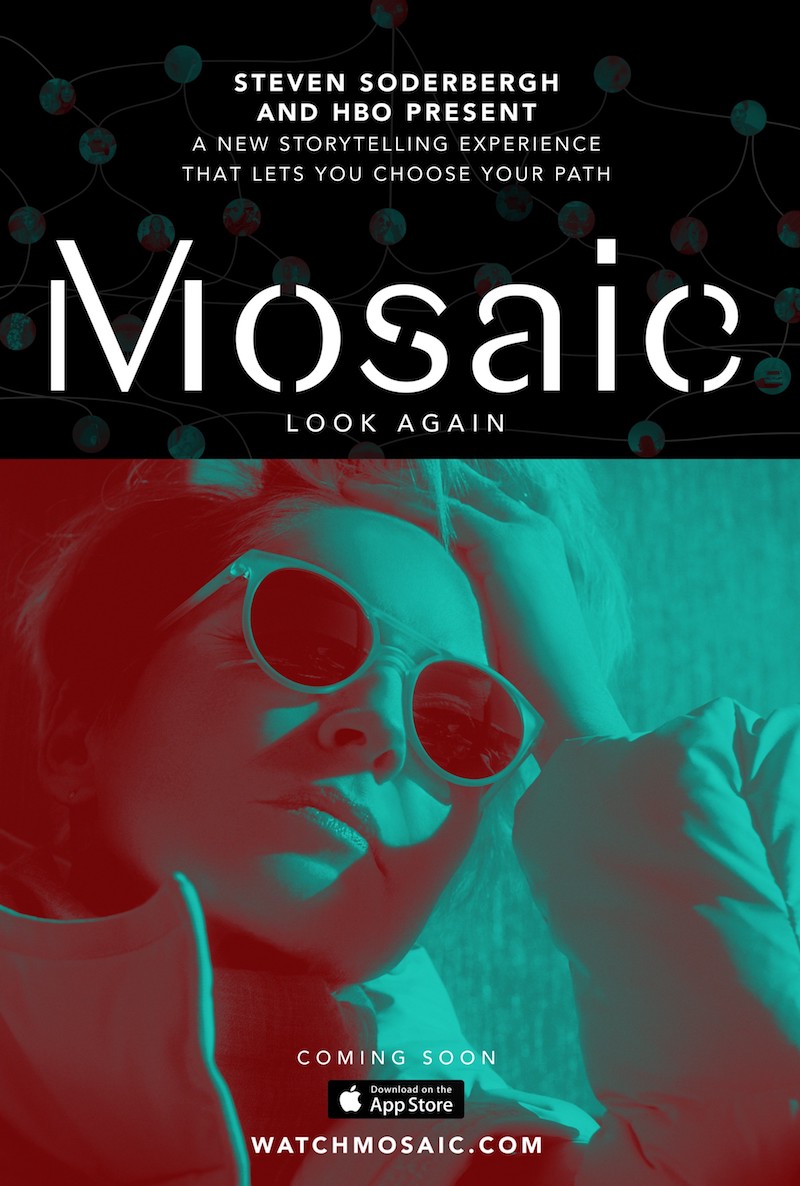 The Mosaic iOS app will be available to download for free beginning in November, and it will let viewers choose what point of view they want to follow the story, effectively building their own experience from material written and directed by Ed Solomon and Soderbergh, respectively. According to HBO, each choice "builds upon one another," leading to different versions of the same scene, and different endings.


In January 2018, the linear version of Mosaic will air on HBO and the network said that this will allow viewers to compare their own version of the story with Soderbergh's narrative.

“MOSAIC is a branching narrative piece. While branching narratives have been around forever, technology now allows, I hope, for a more elegant, intuitive form of engagement than used to be possible. Also, we weren’t reverse engineering the story to fit an existing piece of technology; the story was being created in lockstep with the technical team. The fluidity of that relationship made me feel comfortable because I wanted it to be a simple, intuitive experience. I didn’t want moments where you are making a decision to feel like interruptions.”

In both mediums, the show will star Sharon Stone, Garrett Hedlund, Beau Bridges, Paul Reubens, and others. The iOS app will include character profiles and various pieces of content -- like newspaper clippings and voice recordings -- that serve to deepen the show's story. The plot itself is largely being kept under wraps by HBO and Soderbergh, but is expected to have some murder mystery elements.

I don't want to "build my own experience," or have to "work" when I watch TV.

MDF314159265
Cool. So like the Goosebumps books where you get to choose the next decision.
“Viewer beware! You choose the scare!!!”
:confused:
Rating: 3 Votes

You know I thought that guy looked familiar
Rating: 1 Votes

I don't want to "build my own experience," or have to "work" when I watch TV.


Exactly what I was thinking...can't we just have ONE thing that isn't crowd sourced?? Hey I know...how about people who make TV productions for a living actually make a TV production, and without comments from the gallery.

You won't have to if you are interested in the show's premise. It's airing as a traditional, six-part series starting in January. The app is supplemental.
Rating: 1 Votes
[ Read All Comments ]