Apple today announced that Katherine Adams will join Apple as General Counsel and Senior Vice President of Legal and Global Security this year. She will serve as the chief lawyer of Apple's legal department and report to Apple CEO Tim Cook. 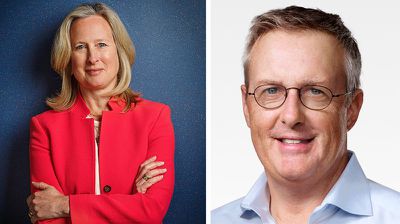 Cook said Adams is a "seasoned leader with outstanding judgment" in her field. He also offered best wishes to Sewell.

We are thrilled to welcome Kate to our team. She's a seasoned leader with outstanding judgment and that has worked on a wide variety of legal cases globally. Throughout her career she's also been an advocate on many of the values we at Apple hold dear.

Bruce has our best wishes for his retirement, after eight years of dedicated service to Apple and a tremendously successful career. He has tirelessly defended our IP, our customers' right to privacy and our values. Bruce has set a new standard for general counsels, and I am proud to have worked with him and proud to call him a friend.

Adams said "it's an honor" to join Apple.

Apple has had a tremendous impact on the world and it's an honor to join their team. I'm excited to help Apple continue to grow and evolve around the world, protecting their ideas and IP, and defending our shared values.

Sewell said the eight years he spent working at Apple have been the "most gratifying" of his entire career.

To have worked with this amazing executive team and all the incredibly smart people at Apple, especially my colleagues in legal and global security, has been the honor of a lifetime. The years I have spent in this job have been the most gratifying of my career. I'm delighted Kate is joining and I know she will be a huge asset.

Adams was most recently senior vice president and general counsel of Honeywell, where she had worked since 2003. Prior to then, she was a partner at New York law firm Sidley Austin LLP. She has also served as a law clerk for the U.S. Supreme Court and as a trial attorney for the U.S. Department of Justice.

Sewell maintained a quiet presence until last year, when he came into the spotlight twice during Apple's separate battles with the FBI and Spotify.

jonnysods
Cha ching, Kathy will be laughing all the way to the bank. I bet the job is high pressure, but man they pay you!
Score: 8 Votes (Like | Disagree)

Blackstick
Bruce is a smart cookie. Get out early while he's young enough to enjoy his mountains of money and free time.
Score: 7 Votes (Like | Disagree)

friednoodles
Pretty sure Apple knows a lot more about who to choose for this role than any of us do. LOL.
Score: 6 Votes (Like | Disagree)

whyamihere
Fresh perspectives are great and all, but seems to me this position would be better filled from within rather than someone with no experience with Apple's IP.
Score: 3 Votes (Like | Disagree)

Bruce is a smart cookie. Get out early while he's young enough to enjoy his mountains of money and free time.

As an on-air personality says, Bruce is seriously "RINGING THE REGISTER." $$$$
Score: 2 Votes (Like | Disagree)

Fresh perspectives are great and all, but seems to me this position would be better filled from within rather than someone with no experience with Apple's IP.

Quote: "We are thrilled to welcome Kate to our team. She's a seasoned leader with outstanding judgment and that has worked on a wide variety of legal cases globally. Throughout her career she's also been an advocate on many of the values we at Apple hold dear......Adams was most recently senior vice president and general counsel of Honeywell, where she had worked since 2003. Prior to then, she was a partner at New York law firm Sidley Austin LLP. She has also served as a law clerk for the U.S. Supreme Court and as a trial attorney for the U.S. Department of Justice".

You don't believe all that makes her very well qualified? Not doubting for a moment Tim (with the assistance of Bruce and the legal team), took a long, hard, and thorough look at all the available talent before finalizing his decision.

Additionally, Apple is probably determined not to make another 'John Browett' mistake.
Score: 2 Votes (Like | Disagree)
Read All Comments