Monday September 11, 2017 11:19 am PDT by Juli Clover
Apple is planning to introduce a new 4K-compatible Apple TV at tomorrow's event, and the revamped fifth-generation set-top box could also include a redesigned Siri Remote that features haptic feedback.

Developer Guilherme Rambo dug into leaked golden master software that was released over the weekend and found "actuator calibration" and "force calibration" references, suggesting haptic feedback for the remote. 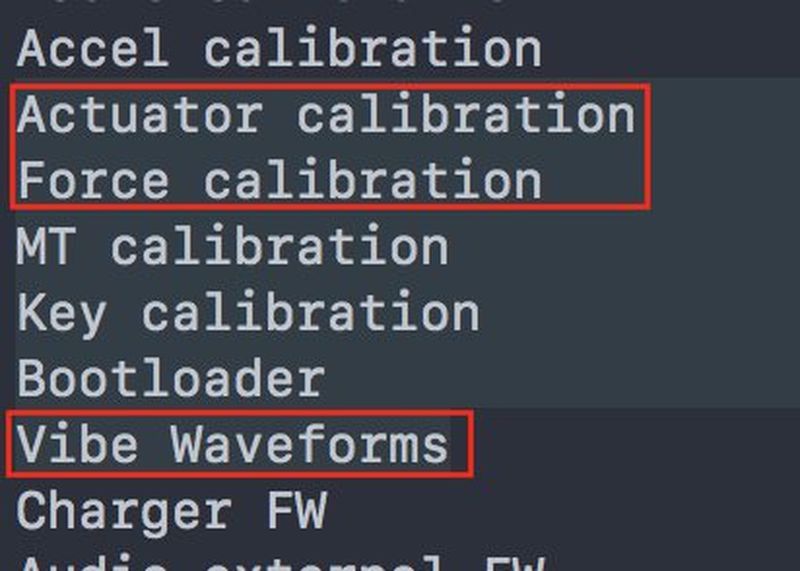 Looks like the new Apple TV remote will have haptics pic.twitter.com/FY9SYAPRYI

There's been little mention of design changes to the upcoming Apple TV, so it's not clear if the new Siri Remote will feature the same look and feel as the remote for the fourth-generation Apple TV or if there will be other design changes included alongside haptic feedback.

Haptic feedback is designed to provide tactile feedback when interacting with a device, letting users know a press or tap has been registered by the user interface. Apple embraced haptic feedback as a main UI element in the iPhone with the introduction of the Taptic Engine in 2015, but haptic feedback has been used in Macs and iOS devices for years.

The Siri Remote could adopt an iPhone-style Taptic Engine to provide touch-based feedback when activating Siri, browsing through menus, accessing the Home screen, and more.

According to earlier leaks, Apple is planning to call its fifth-generation Apple TV the "Apple TV 4K." The device features a three-core A10X Fusion chip and 3GB RAM. It will render natively at 2160p, support a variety of color formats including HDR10 and Dolby Vision, and it will require a 15Mb/s internet connection for 4K streaming.

I gave up with Apple TV. The only Apple product I hate, it's pathetic and the apps suck on it. I use Nvidia Shield and it is LOADS better.

I use our Apple TV's everyday.


It has everything WE need- DIRECTV Now; HBO; PBS kids; plus all of our iTunes purchases.

As with technology-ymmv.
Rating: 21 Votes

Spendlove
First time I have said this.

"SHUT UP AND TAKE MY MONEY".

I will be begging and crying at Tims feet for financial mercy.
Rating: 13 Votes

OS-SEX
I like my Apple TV but the remote is easily the worst thing about it and the ultimate example of something Steve would hate if he were still with us. It's such a poor design, incredibly unintuitive. Let's hope they got it right with the new one.
Rating: 12 Votes

Gorms
I can think of a few other issues I'd fix with remote before I thought "this thing needs haptics" so hopefully that means we do get a revamped design with fixes for its ridiculous symmetry and sensitivity.
Rating: 11 Votes

I like my Apple TV but the remote is easily the worst thing about it and the ultimate example of something Steve would hate if he were still with us. It's such a poor design, incredibly unintuitive. Let's hope they got it right with the new one.


We're cord cutters and get all our TV though two Apple TVs and love them for the most part. That remote is an utter disgrace to UX though. There's basically nothing right about it.

1) Nearly impossible to tell which way it's facing without looking. Check
2) Horribly sensitive* touchpad that you're constantly touching unintentionally because of 1). Check
3) *actually only in some apps. In others it's like wrestling a bear. (I'm looking at you, Playstation Vue). Check
4) The perfect size for falling in the cracks of a couch. Check

It's horrible in every aspect.
Rating: 10 Votes

DocMultimedia
Please oh please, let someone with some design sense come up with the new one. I don't want a metal stick that has no external markings at all, and you have to "use the force" to get anything to happen.
Rating: 8 Votes

bluespark
Haptic feedback would be great, but it's even more important that the device allow third-party remotes to control every aspect of the Apple TV. Many, many ATV users use universal remotes, and this is probably even more true for those who would buy a 4K device.
Rating: 7 Votes

randyhudson
Perhaps it's to tell you which end is up. Apple TV remote is the worst remote ever.
Rating: 5 Votes

BWhaler
Great news. The current AppleTV remote is terrible on the usability front. It represents a lot of what is wrong with Jonny Ive's design team and what is missing now that Steve is gone. Minimalism is great...but not at the cost of usability, Makes me wonder if anyone really USES some of the products...not just study them...
Rating: 5 Votes

natepaschall
Apple TV is nice (I have current generation), but the current Apple Remote is the worst piece of hardware ever put out by Apple.

It is too small, hard to hold, easy to hit the wrong button, hard to find in the dark (actually, impossible). The touch panel is poorly designed to go to the edge, creates so many inadvertent touches its insane. They need to redesign with a bezel around the touch panel.

Really, I would way rather have the touch wheel than this terrible remote.
Rating: 5 Votes