A recent report by Mac Otakara [Google Translate] has delved into a few of the specifications that could be coming to the inductive-style wireless charging feature of the iPhone 8, iPhone 7s, and iPhone 7s Plus. According to the site, citing a source well versed in the Wireless Power Consortium, Apple's devices will only support half of the power profile currently standard in Qi version 1.2, meaning the iPhone 8 will charge at a slower rate compared to other devices when using wireless charging.

Specifically, version 1.2 of the Qi standard allows for 15 watts of power transmitted from the wireless charging pad to the receiving device. According to the new report, the iPhone 8 will support half of that standard at a maximum of 7.5 watts of power (5 volts over 1.5 amps). While faster than Apple's current 5W USB power adapter, if the information turns out to be true then Apple's new line of iPhones would lack compatibility with more current Qi wireless charging accessories. 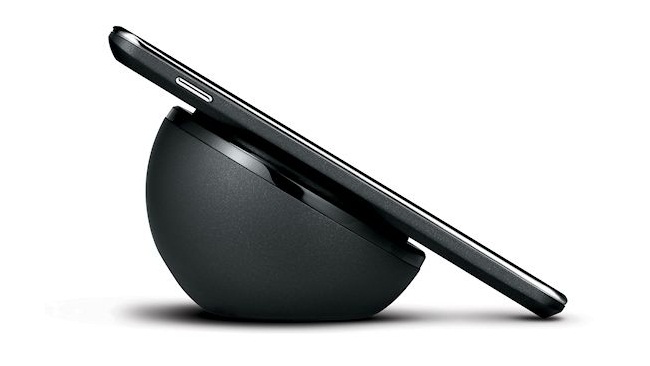 One example of a Qi wireless charging pad

Apple is also expected to require third-party manufacturers to acquire a "Made for iPhone" license before marketing their charging pads as iPhone-compatible accessories.

Also, like the Apple Watch, which is Qi standard but can only be charged with a MFi chip-equipped charger, there is a possibility that the wireless charging function of the iPhone 8 series is bound by the MFi license.

While all three iPhones launching in 2017 are expected to include wireless charging of some kind, the ability might not be available to iPhone 8, iPhone 7s, and iPhone 7s Plus owners at launch. Over the summer it was rumored that software problems related to wireless charging were causing a "panic" at Apple, so the feature might not debut until an iOS 11 update later in the year, potentially alongside the retail releases of these MFi charging pads and Apple's own first-party accessory.

djeeyore25
Half the speed, double the cost.
Rating: 24 Votes

HowieIsaacks
First, this is a story about an unreleased and unannounced product. Second, I really don't think Apple is intentionally trying to harm its customers by allegedly making the (unannounced) wireless charging feature work slower. Perhaps this is an engineering trade-off meant to ensure safety or a better customer experience. Apple can't do anything without people whining. And it's often about the stupidest things!
Rating: 23 Votes

penajmz
Version 1.2 will be a feature next year on iPhone 8s.
Rating: 12 Votes

First, this is a story about an unreleased and unannounced product. Second, I really don't think Apple is intentionally trying to harm its customers by allegedly making the (unannounced) wireless charging feature work slower. Perhaps this is an engineering trade-off meant to ensure safety or a better customer experience. Apple can't do anything without people whining. And it's often about the stupidest things!


Apple has been nickel and diming us on storage for years, don't see why they would stop there.
Rating: 9 Votes

840quadra
I am fine if this rumor
Is true. Not a fan of inductive charging as a whole, but see it's benefits in keeping devices more sealed.

Slower charging means less stress on the cells, and less heat, which also contributes to that stress. This all could contribute to them lasting longer, and remain more stable.
Rating: 7 Votes

Appleaker
Of course, although if they did it at the current standard then they might not be able to make as much money from the 10W ‘fast’ charging adapter they’re planning to sell.
Rating: 7 Votes

NIKKG
Can't wait for the actual phone to come out, so tired of these lame rumors.
Rating: 7 Votes

questionmark32
Well that really sucks, and you know it will be sold seperately at a much higher price in the Apple Store
Rating: 5 Votes

Mathias Denichi
It’s just so much faster to connect magnetically then have to put a lightning cable all the way in the tiny charge port.
Rating: 5 Votes

Why would I use this over my 29W charger?


Exactly - until wireless charging is ACTUALLY wireless, it’s all a gimmick anyway. I’ll continue to use my 29W adapter regardless of what other charging options the new device has.

What if I told you that I had invented this new wireless internet that you don’t have to plug an Ethernet cable into your computer anymore - you simply put your laptop or device on this mat and you’re instantly connected to the web....but it has to stay on the wireless internet mat or else you lose connection.....

That’s the ridiculousness of “wireless” charging these days.
Rating: 5 Votes
[ Read All Comments ]