Apple today seeded the eighth beta of iOS 11 to developers for testing purposes, one week after releasing the seventh beta and more than two months after introducing the new update at the Worldwide Developers Conference.

Registered developers can download the new iOS 11 beta from the Apple Developer Center or over-the-air once the proper configuration profile has been installed. 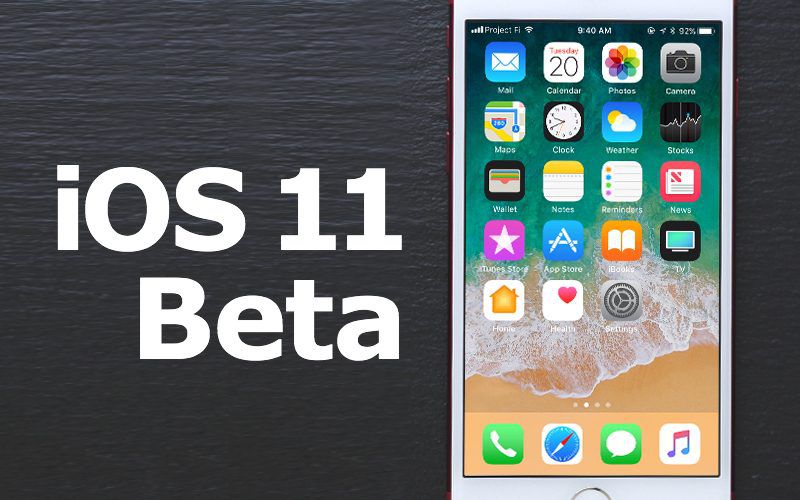 iOS 11 brings quite a few design changes, including a customizable Control Center and a new Lock screen that's been merged with the Notification Center. Peer-to-peer Apple Pay payments are coming in the Messages app, which is also gaining a new App Drawer, and there's a Do Not Disturb While Driving feature that's meant to help drivers stay focused on the road. Siri, Photos, the Camera app, and more are also gaining new features and refinements.

Subscribe to the MacRumors YouTube channel for more videos.
ARKit for developers will bring a range of new augmented reality apps and games to iOS devices, and a new Core ML SDK will let developers build smarter apps. iOS 11 is also the biggest update ever for the iPad, with a new Dock that introduces much improved multitasking, a Files app for better managing files, improved Apple Pencil support, a revamped App Switcher, and a system-wide drag and drop feature.
iOS 11 is available for both registered developers and public beta testers and be released to the public in September alongside new iPhones. We are getting closer to the end of the beta testing process and should see a golden master release candidate in approximately a week.

Overall, quite happy with the update
Score: 10 Votes (Like | Disagree)

Yeah im disappointed ios 10.3.3 is razor sharp this should be better not slower

Will the Golden Master build be the same as the public build?

That's what the GM name implies. In the old days it referred to the gold-coloured CD master carrying the final build sent off to manufacturing.
Score: 7 Votes (Like | Disagree)

This beta has been out for less than an hour. Are you talking about the previous beta?

Thursday April 2, 2020 4:06 pm PDT by Juli Clover
Apple's new low-cost iPhone is set to launch as early as Friday, April 3, according to a new report from 9to5Mac that cites a tip from a "highly trusted reader." The site says that while it can't be certain about the launch date, "Apple could reveal and begin taking orders for the new iPhone as soon as tomorrow." The iPhone 8 Apple is said to be planning to call the new iPhone, which is...
Read Full Article • 324 comments

Friday April 3, 2020 3:58 am PDT by Tim Hardwick
Apple paid out $75,000 to a hacker for identifying multiple zero-day vulnerabilities in its software, some of which could be used to hijack the camera on a MacBook or an iPhone, according to Forbes. A zero-day vulnerability refers to a security hole in software that is unknown to the software developer and the public, although it may already be known by attackers who are quietly exploiting...
Read Full Article • 45 comments

Friday April 3, 2020 11:14 am PDT by Juli Clover
Apple is offering employees significant discounts on products that include the HomePod and Beats headphones, according to details on the deals shared by MacGeneration and 9to5Mac. Apple is said to be clearing stock of Beats headphones and HomePods, providing them to employees through an internal deals program. The HomePod is available at a 50 percent discount, dropping the price to $149.50,...
Read Full Article • 90 comments

Thursday April 2, 2020 11:42 am PDT by Eric Slivka
The popular video conferencing company Zoom has been under scrutiny over the past few days for the method used to install the Mac version of its app, which essentially abused a "preflight" compatibility check to install the app without the user needing to explicitly grant installation permission, as highlighted by developer Felix Seele earlier this week. Screenshot of preflight compatibility ...
Read Full Article • 46 comments

Saturday April 4, 2020 6:00 am PDT by MacRumors Staff
With the calendar rolling over to April this week, we yet again saw several leaks and rumors, most notably including Apple itself leaking some references to a pair of long-rumored products: a new budget iPhone SE and AirTags item trackers. Subscribe to the MacRumors YouTube channel for more videos. Apple also acquired popular weather app Dark Sky, while Amazon's Prime Video app now allows...
Read Full Article • 28 comments