McDonald's is generating lots of buzz today after it used an iPhone 8 mockup in an ad promoting its mymacca's mobile ordering app in Australia. 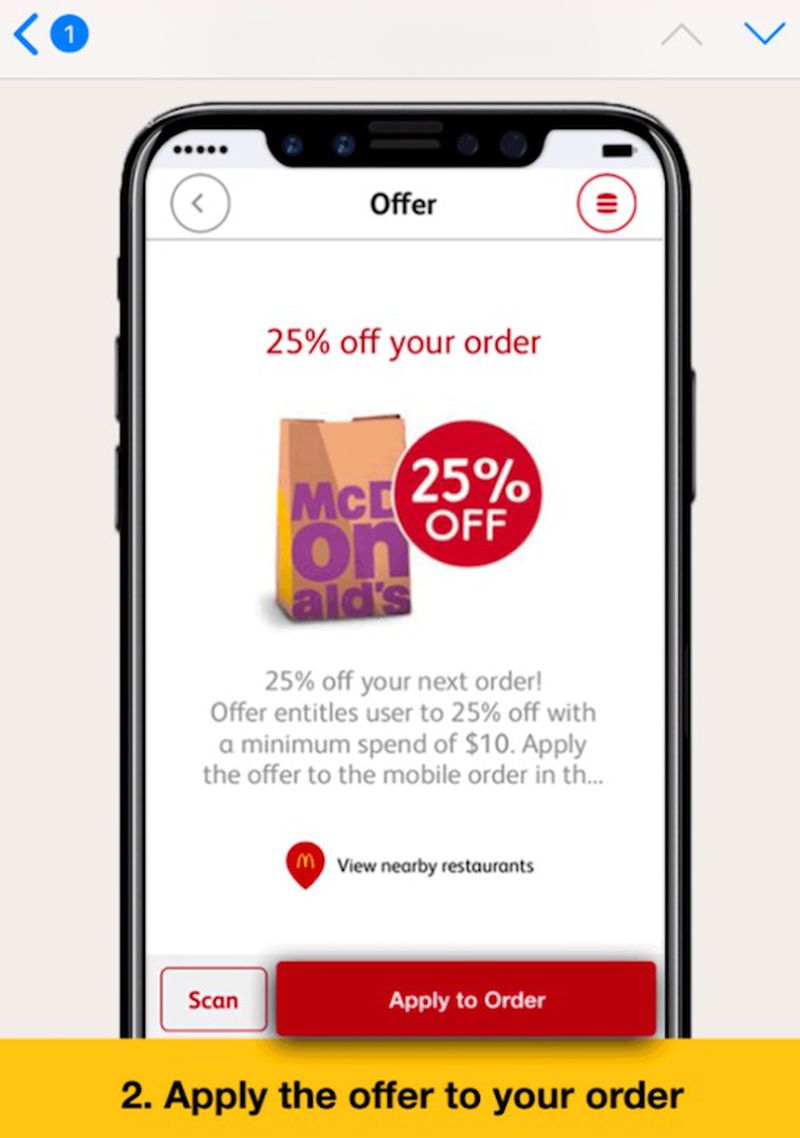 The ad, emailed to many customers on Thursday, clearly shows a rendered iPhone with a nearly full front display, beyond a notch for the front-facing camera, earpiece, and sensors for expected facial recognition functionality.

Needless to say, this isn't an official iPhone 8 image. Benjamin Geskin‏ tweeted that the render is his. McDonald's poorly cropped the image, and used circles for the signal strength indicator, which Apple switched to bars in iOS 11.

However, whether it was intentional, by mistake, or simply a McDonald's graphic designer being clever, the ad has proven to be an effective publicity stunt, as several users have shared it on social platforms like Twitter, Reddit, and the MacRumors forums.

OldSchoolMacGuy
Smart marketing. Look at all the free press they're getting from Apple sites.
Rating: 24 Votes

Is McDonalds even aloud to do that?


Yeah, usually they have to keep quiet about this sort of thing ...
Rating: 19 Votes

Now this is top notch marketing. Someone at McDonalds should get a raise for thinking out of the box.

Is McDonalds even aloud to do that?


Sure, why not? It's a computer mockup render of a non-existant product. It's not like it's a stolen prototype or anything.
Rating: 9 Votes

Appleaker
Of course it was intentional, the designer being clever and getting ahead of the game. It makes sense, it shouldn’t be generating a buzz.
Rating: 7 Votes

Not right! Just look at the signalbars(dots in this case). They just took image from Google and put their current app over it. Clearly a publicity stunt from McDonald's to gather more attention.

T'hain Esh Kelch
Now this is top notch marketing. Someone at McDonalds should get a raise for thinking out of the box.

Good thing Steve isn't alive anymore. He would be furious and have banned all McDonalds burgers from entering the Apple Park premises.
Rating: 5 Votes

aajeevlin
Am I the only one that is more interested 25% off next McD order? Haha.
Rating: 4 Votes
[ Read All Comments ]