Less than one month before Apple is expected to unveil its new iPhone lineup, two videos have surfaced that may show the so-called iPhone 8 passing through the production line at a factory presumably located in China. 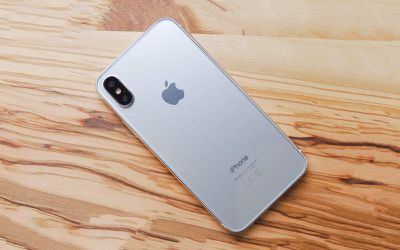 The videos surfaced on Chinese microblogging service Weibo earlier today, and were later uploaded to YouTube by Dutch blog TechTastic.

Both videos are short and blurry, so it's hard to make out exactly what is being shown. The production line could simply be for the multitude of iPhone 8 dummy models that have surfaced over the past few months.

Apple's contract manufacturers like Foxconn have strict security measures in place to prevent employees from bringing smartphones inside factories, so the videos could very well be completely unrelated to real iPhone 8 production.

In the first clip, factory workers appear to be polishing or cleaning the rear shell of what could be the iPhone 8. At the very least, the device appears to have a vertically-aligned camera, one of the smartphone's frequently rumored features.

Apple analyst Ming-Chi Kuo believes Apple will begin production verification tests for the iPhone 8 in late August, followed by mass production in mid-September, so higher-quality leaks could be on the horizon.

yanki01
...i like what i see. hopefully more leaks soon.

HarryKeogh
I think that scene of Lucy and Ethel on the candy factory production line would tell us about as much at these videos do about the new iPhone.
Score: 8 Votes (Like | Disagree)

macford
I love people who bash the video quality. Like they can sneak a RED camera in there or even a DSLR to take 4k video. This is covert stuff that would have serious consequences if they were caught.
Score: 7 Votes (Like | Disagree)

DNichter
Hard to tell much of anything, but as long as there is no rear touch ID, I'm good.
Score: 6 Votes (Like | Disagree)
Read All Comments