As the launch of Apple's "iPhone 8" approaches, we've seen multiple images and dummy models outlining what the device will look like, but non-functional dummy devices don't include software and don't offer a complete picture of what we can expect.

Designer Maksim Petriv has mocked up several iPhone 8 images that take into account current rumors to demonstrate what iOS 11 might look like on the new device.

Rumors and leaked firmware information suggest the iPhone 8 includes both a top notch that houses the front-facing camera and sensors for a facial recognition system and a function area with a virtual Home button, both of which are imagined in Petriv's images.

Petriv's photos include status bar information located at the top of the device on either side of the notch, and a small Home button area at the bottom. We're not yet sure what Apple plans to do with that area of the iPhone 8, but we do know that it's resizable, can be hidden, and does not appear to include app UI elements, meaning it's simple.

The renderings made by Petriv demonstrated the Lock screen and App Store, along with popular apps Netflix and Spotify.

Apple's HomePod firmware has suggested the status bar information like signal strength, carrier info, and battery life will be split and displayed in the area near the sensors/camera, with Petriv also imagining three ways Apple could display status bar information. Apple's own firmware image leak points towards the third option and suggests the company will fully embrace the notch rather than hiding it through software.

It's not quite clear what design solution Apple will use, but these images do give us some idea of what apps will look like on an edge-to-edge display with almost no bezels and with a cutout for the front-facing camera and sensors.

Apple typically unveils new iPhones in early September, so we are just weeks away from getting our first glimpse at the iPhone 8 and its companion devices, the iPhone 7s and the iPhone 7s Plus. For a deeper look at what to expect from the upcoming iPhones, make sure to check out our iPhone 8 roundup.

Porco
If I was going to use this phone I'd hope that they don't use the top bits much other than blended in with info. It looks like it's frowning otherwise. 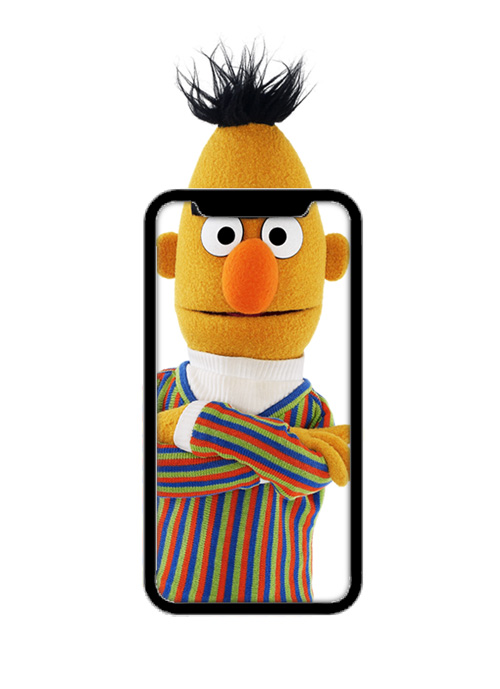 In this example, the Home button would become 'Bert's ticklish belly button'. Perhaps that is when he will frown. Also Siri is now voiced like Bert (or Ernie, you can choose in settings).
Score: 24 Votes (Like | Disagree)

44267547
Looks way more uniform without the notch at the top. The time centered underneath looks completely out of sort.
Score: 23 Votes (Like | Disagree)

Born Again
Apple didn't get rid of bezels like Samsung.

This phone has reduced bezels.

jmh600cbr
The position of the clock is just silly
Score: 15 Votes (Like | Disagree)

WhoDaKat
I hate the notch way more than I disliked the bezels. I know I must be so old to not care about those giant bezels but that cutout is hideous. This whole anniversary phone is turning into a half measure. Couldn't get TouchID or sensors under the screen, couldn't do real wireless charging, losing the iconic home button. I understand the tech isn't there yet for some of this, and thats fine, but why do we have to have a few extra centimeters of screen before the tech is ready? They say Steve was a d|ck but you would have thanked him when someone handed him this notched phone and he screamed at them and threw it across the room.
Score: 14 Votes (Like | Disagree)
Read All Comments

Monday December 5, 2022 11:44 am PST by Juli Clover
Due to production issues at Apple supplier factories in China, the iPhone 14 Pro and iPhone 14 Pro Max are backordered and basically out of stock at every store. If you were planning to gift or receive an iPhone 14 Pro model for the holidays and didn't already get one, you're basically out of luck because they're gone until late December. Subscribe to the MacRumors YouTube channel for more ...
Read Full Article • 206 comments