Carpool Karaoke Producers: Apple's New Show is a 'Celebration of the Joy of Music'

Ahead of tomorrow's launch of "Carpool Karaoke: The Series" on Apple Music, producers Ben Winston and Eric Pankowski sat down for an interview with Billboard to share additional details on the creation Karaoke-based celebrity show that will mark Apple's second original series.

"Carpool Karaoke: The Series" is based on the Carpool Karaoke segment of "The Late Late Show with James Corden." According to Winston, the idea that it could be spun out into a series came after the Late Late Show segment became popular. At it's core, "it's just people having a conversation," said Winston. "If we find the right people, we thought it could be a great show."


When the show was pitched to Eddy Cue and Jimmy Iovine, the two decided to let the show's producers have free rein over its format and its length. Apple has an "obvious partner," said Winston, because the company "has always been at the forefront of music."

Winston: We met with [Apple's] Jimmy Iovine and Eddy Cue jimmy and they were so compelling in their vision for the show as a partner. And the greatest thing they said was, "make a show as long as you think it should be." So, some [episodes] are 12 minutes, some 16, some 20, whatever it takes to make it the best. That's the wonderful thing about working with Apple, they let us make the best show we can.

Apple's streaming music service was chosen as the platform for the new show because of its reach. "As a producer and someone who is responsible for entertaining people... there are 1.2 billion iOS devices in the world. That means our show is available for 1.2 billion people whenever they want it. It's incredible, it's inspiring and humbling," said Pankowski.

Because James Corden is busy with his own show, he'll host two of the episodes - the premiere with Will Smith and the finale with LeBron James. The other episodes will be hosted by a range of different celebrity partners, a concept that came about after it was decided that a replacement for James Corden wouldn't work.

"Rather than trying to find someone to replace him, we have 14-15 people," said Winston. As a result, Apple's new series has become "more of an environment where something can happen than a show James can host." According to Pankowski, the show is "a celebration of the joy of music."

You see people singing the hits you love, big stars singing other people's songs -- actors, comedians and athletes singing and rapping songs that mean something to them. You can tell [it's real] because you can't fake passion and when you see it it's infectious.

Last week, Variety also spoke to Winston, Pankowski, and James Corden about "Carpool Karaoke: The Series," with the trio sharing additional information on working with Apple and how some of the celebrity pairings were chosen.

"Carpool Karaoke: The Series" launches on Tuesday, August 8, which is tomorrow. We don't yet know what time the show will debut, but it will launch on Apple Music.

WestonHarvey1
I never expected to see the day where Apple was so big that I could entirely ignore some of their products and even entire product categories. I have had far more interest in things they have made that I would never have a use for, like Logic Pro for example, than I have in this.
Score: 15 Votes (Like | Disagree)

I'm just here to see all the bitter comments how putting more original content on Apple Music is a bad thing.

Putting original content on Apple Music isn't a bad thing. This isn't original content. As bad as it is, at least Planet of the Apps is original content. This is an attempt to capitalize on a skit that, in small doses, was mildly entertaining. A skit that has seen it's 15 minutes of fame and is now putting on a leather jacket and a pair of water skis. 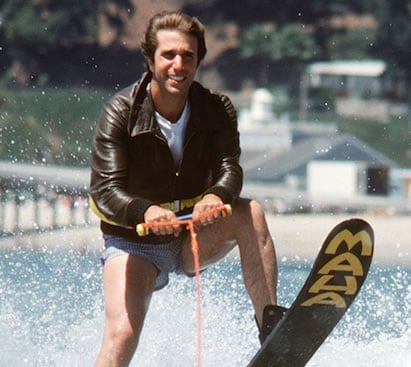 Salty Pirate
What is this crap? Seriously? This is what they are putting their energy into??
Score: 7 Votes (Like | Disagree)

Chupa Chupa
Well what would give me "joy" is not having to see anymore Carpool Karoke articles on the main page anymore... except the one that says Apple has canceled it. Really, it's just a free ad for Apple. Make them pay up regular ad rates they want page one PR.
Score: 5 Votes (Like | Disagree)

Well what would give me "joy" is not having to see anymore Carpool Karoke articles on the main page anymore... except the one that says Apple has canceled it. Really, it's just a free ad for Apple. Make them pay up regular ad rates they want page one PR.

Orlandoech
God.... vomit. I'm not an Apple hater, I just hate this and the Kardashians, and lots of other idiotic crap.