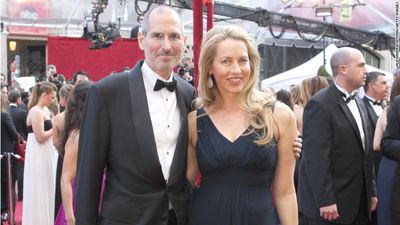 Bradley will retain a minority stake in The Atlantic and will continue as chairman and operating partner for at least three to five years, at which point Emerson Collective may assume full ownership of the magazine.

The Atlantic is a monthly magazine with coverage areas ranging from politics and art to business and technology. It was founded in 1857 as The Atlantic Monthly in Boston, Massachusetts. The Atlantic also publishes on the web.

Bradley reported to his staff that he and his advisers had compiled a list of 600 potential investors, but ended up approaching only Powell Jobs as a potential partner, due to her ambition and presumably her philanthropic efforts as well.

In a statement, Powell Jobs praised The Atlantic for the breadth and scope of its purpose: to "bring about equality for all people; to illuminate and defend the American idea; to celebrate American culture and literature; and to cover our marvelous, and sometimes messy, democratic experiment."

Atlantic Media did not disclose how much Powell Jobs invested to gain a controlling stake in the magazine. At this time, the deal does not affect Atlantic Media's other brands, including Quartz, Government Executive, and National Journal.

DavidLeblond
I wonder what the rationale was in naming her "Steve Jobs's Widow" when she was born. Quite an odd choice of name.
Score: 19 Votes (Like | Disagree)

I wonder what the rationale was in naming her "Steve Jobs's Widow" when she was born. Quite an odd choice of name.

Because that's who she is.
Score: 6 Votes (Like | Disagree)

I thought no one reads magazines any more, who is waiting a month to get the news?

The Atlantic is not exactly a newspaper. It excels in longer form, more in-depth journalism. One of the few "News" outlets I actually enjoy pretty consistently!
Score: 6 Votes (Like | Disagree)

codewrangler
Umm...we are NOT an experiment and we are NOT a Democracy (chaos)...we are a representative Constitutional Republic...
Score: 6 Votes (Like | Disagree)

I wonder what the rationale was in naming her "Steve Jobs's Widow" when she was born. Quite an odd choice of name.

Fair enough. I added her name. No foul intended.

“Chairman?” Wouldn’t it be chairwoman? Lol

Nonetheless, I welcome any news about the Jobs family. I wish them all the best!

The only mention of chairman in this article refers to David Bradley.
Score: 5 Votes (Like | Disagree)
Read All Comments