Eagle-eyed MacRumors reader Tony today noticed the iPod mini has made a nostalgic reappearance on Apple's website in Singapore. 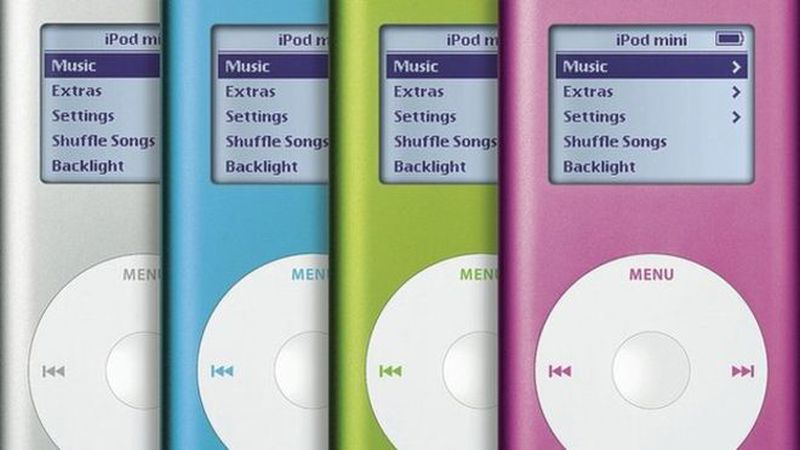 Apple's online store says the iPod mini models are available to ship in 2-3 weeks, but we strongly advise against ordering. Apple discontinued the iPod mini over 12 years ago, and the product pages have an outdated design when accessed from a desktop browser, so this is certainly a glitch that will soon be corrected.

For now, the colors listed include Blue, Green, Pink, and Silver, with 4GB or 6GB of storage, indicating these are second-generation models released in February 2005. It was enough space for up to 1,500 songs in your pocket. 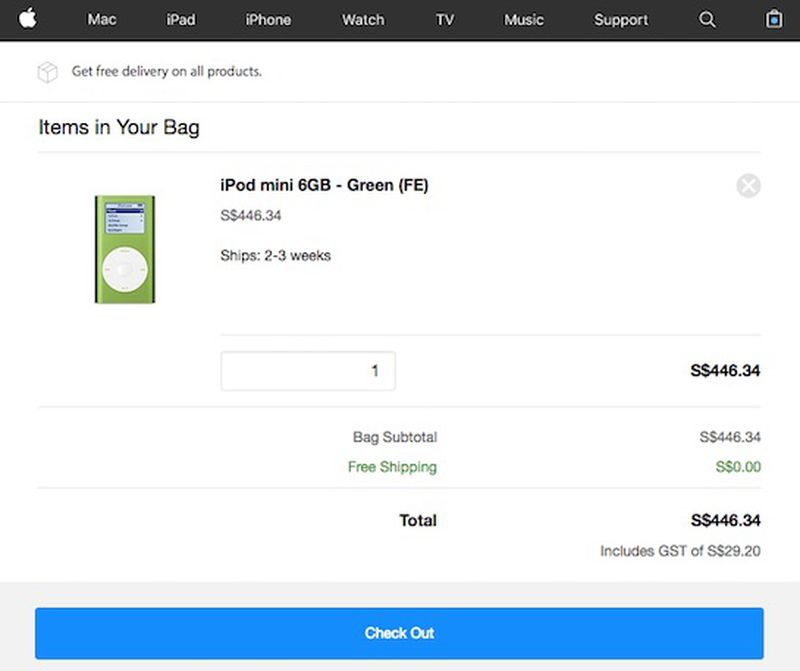 In September 2005, Apple discontinued the iPod mini after introducing the iPod nano, which itself was discontinued alongside the iPod shuffle yesterday. The internet-connected iPod touch is now the only product Apple sells under its iconic iPod brand, effectively marking the end of an era for the company.

Update: Apple removed the iPod mini listings from its online store a few hours after this article was published.

67952
iPod mini was my favorite iPod ever. The colors, the thick but little body. Just a beautiful gadget.
Rating: 13 Votes

T'hain Esh Kelch
This has to mean that Steve has been reincarnated!
Rating: 9 Votes

filmantopia
It's a testament to Apple that a product so old still looks fresh and modern.
Rating: 6 Votes

Looks like I had 2 in my cart! And that's in Singapore dollars. Works out to about $325 USD.
Rating: 5 Votes

iPod mini was my favorite iPod ever. The colors, the thick but little body. Just a beautiful gadget.

I had one of them. Those and the early Nanos were great iPods!! It's a shame that they don't continue them, because the form and function and design were all excellent.
Rating: 4 Votes

That's so weird that it's possible an over decade old product can show up online. Crazy though, especially the day after they discontinued normal iPods.


Apple was trying to troll us. They are known to do that from time to time. But still, for being a decade old, the iPod mini has not lost its luster and The design does not look entirely antiquated to me.
Rating: 4 Votes

2010mini
I thought seeing two identical cats was a glitch in the matrix.
Rating: 4 Votes

Nozuka
i wish the iphone would get bold colors like that.
Rating: 3 Votes

And they are not the only timeless designs Apple made, the cinema displays come to mind(The all aluminium ones), Powermac/MacPro, Mac Mini amongst others.
Rating: 2 Votes
[ Read All Comments ]