Wisconsin resident Xai Thao and her home insurance provider State Farm have jointly sued Apple for over $75,000 this week, claiming the company sold Thao a defective and dangerous iPhone 4s that started a fire in her home last year. 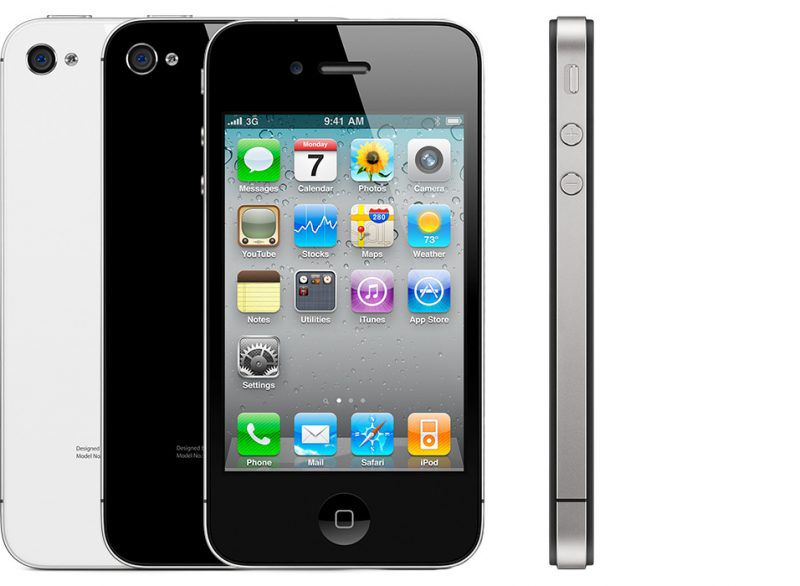 The lawsuit, filed in U.S. district court, alleges the house fire was the direct result of the iPhone's battery short-circuiting and heating up. Thao nor anyone else ever changed the battery in the iPhone, according to the complaint.

On or about April 1, 2016, the iPhone failed, starting a fire in Thao's home. Preliminary investigations show evidence of a significant and localized heating event in the battery area of the iPhone as well as remnants of internal shorting, indicating that an internal failure of the iPhone's battery caused the fire.

The complaint reiterates that the design, manufacture, and sale of the iPhone 4s created a "dangerous, unsafe, and defective" condition.

If designed improperly, lithium-ion batteries do have the potential of short-circuiting and catching fire, as Samsung learned the hard way with its recalled Galaxy Note7 last year. But, that hasn't been a widespread issue with the iPhone 4s since it launched in 2011, so this is certainly an isolated incident.

Thao and State Farm are seeking at least $75,000 in damages from Apple, but the exact amount is to be determined if and when the case is heard.

I think you might have misread never changed as charged.
Rating: 19 Votes

potentmf
LOL at people so quick to defend Apple as if it's not possible the battery is faulty. Apple has lawyers on payroll for that, don't need ya'll to do it for free.
Rating: 19 Votes

Apple is not at Fault here.

You're basing this on what? A feeling?

Why the hell were they using a phone with defective battery.

Take a look at the question you're asking. Can you spot the problem?

But in any case where can you buy an iPhone 4s in 2016 in an Apple Store?!? Impossible.

Where did you see she bought a 4S in 2016? Also, why do you keep specifying Apple Store? The vast majority of iPhones aren't purchased in an Apple Store.
Rating: 15 Votes

BurgDog
State Farm has already paid the claim and is going after Apple as is normal for insurance companies who think they have a chance at finding liability for the damage from some other place. If the battery did cause the fire and the owner was not responsible, Apple will likely quickly settle with State Farm and that will be the end of it.
Rating: 13 Votes

kmm1482
Waiting for a follow-up to come out that the phone was “repaired” by one of those knock-off iPhone repair kiosks.
Rating: 10 Votes

Statefarm would get 100%. They paid out the claim to their customer, now their lawyers (internal staff) are suing Apple to get money back. That is how insurance works in these cases.
Rating: 9 Votes

But in any case where can you buy an iPhone 4s in 2016 in an Apple Store?!? Impossible.


I'm sure it will be thoroughly investigated. If the battery was indeed the cause, I hope the claimant gets some money, house fires are awful (plus if there is a risk of this happening again, Apple and everyone else needs to know). It's sadly natural many will suspect a cash-grab/scam but that's why in some of our countries we fortunately still have something approaching proper due process and evidence-based law suits thank goodness.
Rating: 9 Votes

Stop trying to make it happen, it’s not going to happen.

The iPhone 4s has been and gone for a long time and didn’t cause any widepread issues.


As you say, nothing widespread. So if it was the iPhone 4s's battery at fault in this case (yet to be proven in court) that would make it an "isolated incident", no? Like the very next sentence after the one you quoted says, right?

The battery in a 4S FOR A FACT will expand if it fails. That is the "explosion" that happens. They don't catch fire unless improperly cared for like I previously commented it must have been a fake "apple" cable or fake "apple" wall adaptor.

Apple tried to help these customers by having a bring in your cheeps and we give you a real charger for a lower cost for a while.


You don't know for sure what happened any more than the rest of us at this point. If the claimant did use a faulty 3rd-party charger/cable/replacement battery then hopefully that will come out in court, but I think it's wrong to just assume this person is lying simply because there isn't a widespread problem known with iPhone 4s batteries. Apple is a huge company, they can take it, they get crazy law suits hurled at them all day, it's not a major personal disaster for them. *If* this person suffered major property damage through no fault of their own and they weren't using a faulty 3rd-party charger/cable/replacement battery then they deserve recompense from Apple.
Rating: 8 Votes

If designed improperly, lithium-ion batteries do have the potential of short-circuiting and catching fire, as Samsung learned the hard way with its recalled Galaxy Note7

Stop trying to make it happen, it’s not going to happen.

The iPhone 4s has been and gone for a long time and didn’t cause any widepread issues.
Rating: 7 Votes

xgarfield
In what Apple Store could she have purchased an iPhone 4s in 2016!??!

They probably got the battery replaced with some eBay "Apple" battery or purchased from a second hand store.

Apple states that batteries, AS WE ALL KNOW, don't hold charge forever if stored.

Also what charger where they using? I know EVERYTHING is made in China but these dollar store charges are KNOWN to catch fire.
Rating: 7 Votes
[ Read All Comments ]